ALBUQUERQUE, N.M. — City officials discussed the progress being made on the city’s new community safety department during a Saturday news conference.

The department, which was announced last year, will be designed to give APD officers some relief responding to calls that deal with mental health.

“That department is going to be up and running this summer, and it’s going to be fully taking calls by the fall,” Mayor Keller said.

Keller said the city is currently in the process of hiring a director and two deputy directors for the program. They said they hope to have people hired by the end of the month.

“We have got about ten social workers already in the department and who are already working,” the mayor said. “We’re going to put those two things together, hire those additional social workers, bring in some additional staff and by the fall we expect it to be taking 911 calls, to be out in the community and functioning.”

From there, the city hopes to expand even further.

“If our budget goes through, it’s going to be really scaling starting in 2022 where I think we’re all going to sort of see it around town.”

The goal of the department is to send trained professionals, not first responders, to some calls regarding things like homelessness and mental health.

“Our effort to reimagine policing and really think more in general about public safety, and how we get the right response to those at the right time in need,” Mayor Keller said.

During the press conference, city leaders also highlighted other capital investment projects like new infrastructure, community centers, a new fire station, and a plethora of other city-wide projects. 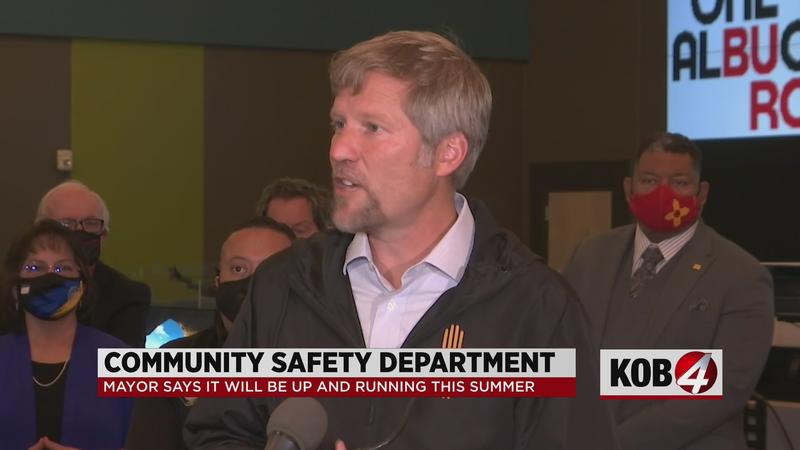