Medina has been serving as interim chief since Mike Geier was let go in September 2020.

Medina will focus on proactive policing and making sure repeat offenders stay behind bars.

"We talk a lot about culture change, but we have to show that the culture change is real, and it has to start at the top of the chief of police," Medina said. "I want to empower our officers and supervisors to do their job with integrity, but the entire department has to be accountable, and we have to be transparent about that accountability and the community needs to know that we’re serious about it." 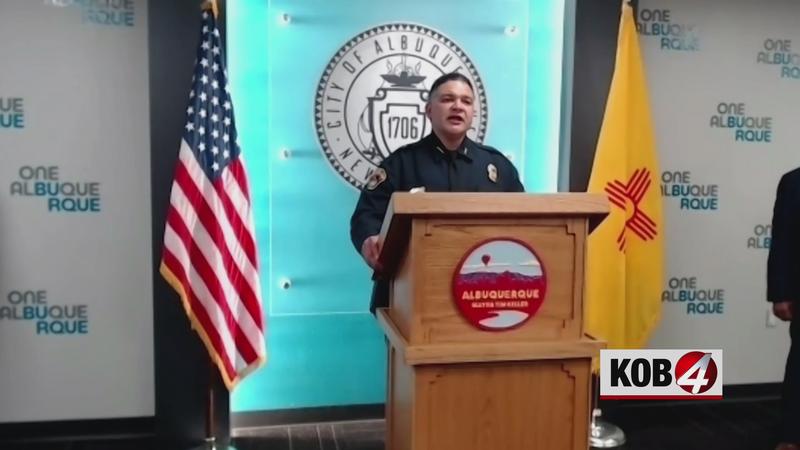 The ACLU of New Mexico said they were hoping Mayor Keller would hire someone outside the department for the role.

"Simply our concern—the culture within the departments hasn’t given rise to commitment to accountability and ensuring officers are properly using force," he added.

"We hope that this position will provide a fresh set of eyes to the DOJ reform and will help take compliance burdens off of the Chief so that the department can focus on crime fighting, since we believe it’s virtually impossible to do at this time."

However, the ACLU said the new position can’t ensure the success of the department.

"I think the union statement misreads the role of that superintendent," Simonson said. "The responsibility of reform lies squarely on the chief’s shoulders and to my understanding, that won’t change with the creation of the superintendent’s role. At the end of the day, leadership in that department begins and ends with the chief."

APD is currently investigating 23 homicides in 2021, which is more than it investigated at the same time in 2020.

The permanent appointment of Harold Medina as police chief will go to the City Council for confirmation.