"Downtown is in a desperate situation that it hasn’t seen in decades, but that’s due to the pandemic,” he said.

Mayor Keller said the road to recovery for Downtown could be long, but he also said there are tangible things that could help soon.

"We have got to get the convention center open,” Keller said.

Once a hub for out-of-state travelers that would fill Downtown hotels and restaurants, the Convention Center has sat empty for more than a year. 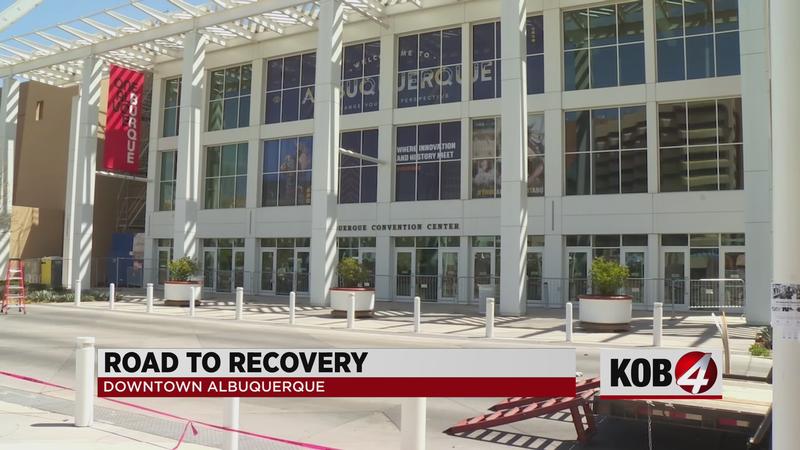 "That is something that I am optimistic this summer is going to happen. And you know it depends on the state public health order and the pandemic. But, look, some point in the next few months we’re going to be able to get that open," he said.

"I agree the convention center, when it’s up and running, will make a very positive difference, but that’s not the long term solution,” said Terri Cole, president of the Greater Albuquerque Chamber of Commerce.

Cole said the most important thing is addressing public safety.

"But this whole goal of making Downtown safer has been set back tremendously by the virus,” she added.

Cole said Downtown needs more police officers on bikes and on foot, as well as a different policing strategy.

"And now that we are starting to get to the end of COVID, this is the perfect time to up that game,” she said.

"We’re going to be establishing a new, actual police station. I think it’s on 4th and Central,” Keller said.

The mayor has previously said that public safety is a priority for his administration.

"Yes, there are still issues, absolutely, but we’re in a very different place than we were two years ago. And as people do come back in any capacity, whether it’s convention center or otherwise, it’s going to continue to help with public safety,” Keller said.