ALBUQUERQUE, N.M.- Two jail guards at the Metropolitan Detention Center have been charged in connection to the death of an inmate.

Sgt. Keith Brandon and correctional officer Jonathan Sandoval are each charged with one count of involuntary manslaughter, a fourth-degree felony.

The charges stem from the 2019 asphyxiation death of Vicente Villela.

Video from the incident shows guards using force on Villela after he refused to move to a different cell.

Eventually, guards pinned Villela down as one of the guards kneeled on his back. 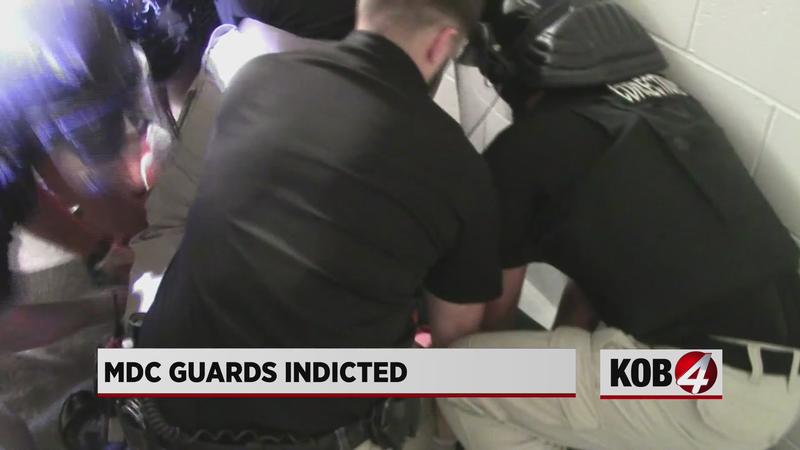 As a result, Brandon and Sandoval were indicted and charged with a felony.

According to a spokesperson with MDC, both are on paid administrative leave pending the outcome of their case.

“An internal investigation was completed and based on the findings administration took corrective action,” said the spokesperson.

“In response to this latest development it was decided to place both officers on administrative leave pending the disposition of the Grand Jury hearing,” they said.

“Due to the findings of the Grand Jury on May 18, 2021, both officers will remain on administrative leave pending their due process in the Criminal Justice System,” they added.

Meantime, the ACLU has been pushing jails and prisons in New Mexico to take better care of their inmates.

The case is being prosecuted by New Mexico Attorney General Hector Balderas. When asked for a comment, a spokesperson for Balderas told KOB, “While I cannot comment on an active prosecution, our office will always take on those difficult cases that involve individuals in power, and we look forward to presenting the case to a jury.”

If convicted as charged, Brandon and Sandoval could spend up 18 months behind bars.