ALBUQUERQUE, N.M. – After over a year with no Broadway productions in the Duke City, one of Broadway’s newest musicals is set to take center stage.

"Mean Girls" is making a stop in Albuquerque as a part of the musical’s first national tour. The musical premiered on Broadway in 2018 to rave reviews. Now, it is the first musical in Popejoy Hall since 2019.

"The story is quite similar to the movie," said Nadina Hassan, who plays Regina George in the musical. "It follows the same trajectory but seeing it up on a stage is just different."

For those diehard fans out there: Yes, they keep a lot of the iconic lines in the stage production. 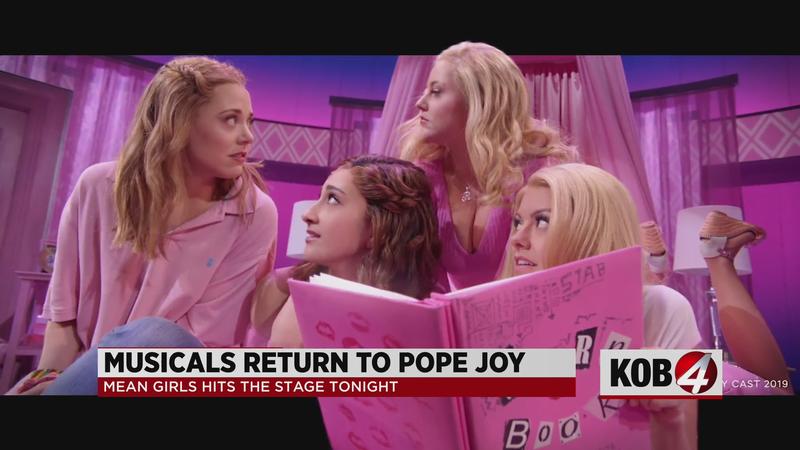 Now, with a new cast touring the country, Hassan is taking on the role of the ultimate Mean Girl – Regina George.

"So you are playing the iconic character of Regina George – I know it’s not Wednesday but I wore pink anyway, so what is it like to play a character that so many people know and adore or really despise?"

"I was such a fan of the movie," Hassan said. "I didn’t identify with her, as I’m sure not a lot of people did identify with her, but that makes it all the more fun to play because you can go sort of on the other spectrum of who you are as a person. It’s so fun."

Hassan says she couldn’t ask for a better show to star in as the theater makes its comeback.

"I just can’t wait. It’s just the best feeling opening the show in a new city," Hassan said. That feeling of adrenaline in a new place, with a new audience and everything, is really, really exciting."