ALBUQUERQUE, N.M. – We’re wrapping up the second weekend of recreational marijuana sales in New Mexico, and it was another fantastic weekend of sales for dispensaries.

One dispensary owner KOB 4 talked to Sunday says she’s blown away by these first few days.

Ellie Besancon executive director of Green Goods says she’s expecting another big surge in sales for April 20, or 4/20, which is just 10 days away.

"Our stores are very well stocked right now, I do anticipate that there will be a supply crunch at some point in the near future. We’d like to get over the 420 hump and just see how successful that is, and then sort of gather ourselves up, pick ourselves up out of the dust, and kind of take another inventory of what we have," said Besancon.

She says after that– we should get a better look at how the recreational industry is doing and what average sales might look like moving forward.

But data proves there’s still a lot of demand from medical patients.

Stefanie is a long-time medical marijuana patient in New Mexico. She says she got her cannabis card after she was diagnosed with anxiety and no other treatment seemed to work.

She says she’s deeply concerned about how medical patients have been treated since recreational sales began, arguing most dispensaries don’t seem to acknowledge a difference.

The lines and higher prices are one thing but Stefanie says some dispensaries have started selling out of certain products, including the specific strains medical patients are looking for.

Stefanie says she eventually got what she needed at a medical-only location, but admits those are becoming a rare breed and that’s not the solution she’s looking for.

"You’re not going to have these dispensaries change their ways and say, ‘Okay, we’re just gonna go medicinal now forget this recreational thing,’ it’s too much money for them, way too much. And if they just split it down, you know, had one side for what for rec and one side for medicinal, and kept it that way. There’ll be no problem.”

She believes any significant change will have to come from the state, but until then — medical patients have to ride the recreational wave.

It’s important to note some dispensaries have taken extra measures to serve medical patients, and that includes Green Goods.

“One of the things we’ve done in our Green Goods and Red Barn locations is to create display cases whereby we have only recreational offerings and only medical offerings,” said Besancon. "We wanted to, you know, take into account that there might be a frustration level with our loyal patients who didn’t want to contend with long lines, because they knew what they wanted."

Besancon says online ordering has also helped their medical patients but admits their stores only have so much space, and they’re still trying to figure out the right balance of serving recreational customers and medical patients.

Something to remember is that shops are supposed to always have products on-hand for medical patients — no matter what. 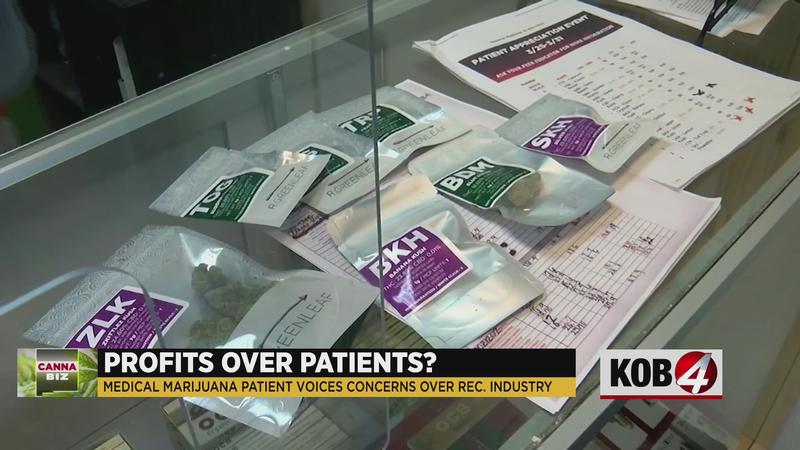