Medina confirmed as chief of APD

ALBUQUERQUE, N.M.- The Albuquerque City Council voted to confirm Harold Medina as the next Chief of Police of the Albuquerque Police Department.

The council voted 8-0 to confirm Medina, who was Mayor Tim Keller’s pick for the position.

However, Medina was questioned during Monday’s meeting about what city officials called a "false rumor" that was made by the former chief.

Councilor Brook Bassan asked, on behalf of what she said were concerned constituents, about an investigation into Medina regarding him using his position of power to allegedly interfere in a criminal investigation regarding a family member.

"I am aware of the false rumors that are being spread by disgruntled former employees who have been trying really hard for the past year to discredit Chief Medina, in an attempt to cover up their own shortcomings," said Albuquerque’s Chief Administrative Office Sarita Nair. "And this is exactly the type of drama that required a change in leadership over there." 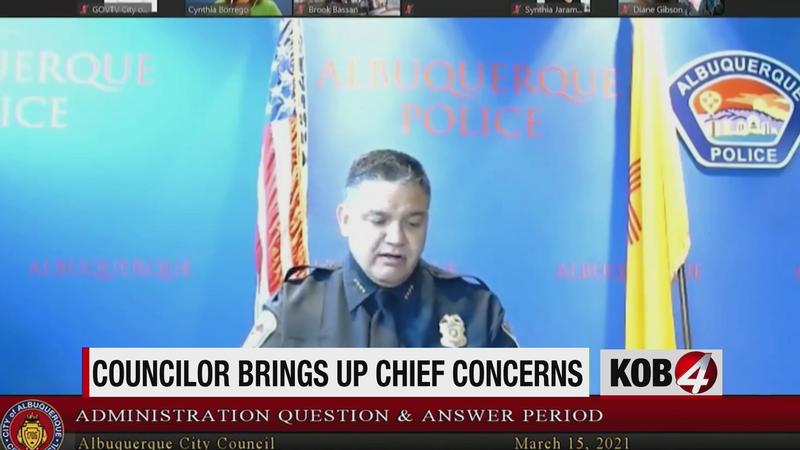 "The reason I became a police officer was to serve the public and protect the community. That is especially true of victims," Medina added. "Nobody should have to move or feel shame – because they have been victimized."