Around 20 years ago, there were lofty goals for the new development. Early animated models show a massive community with tens of thousands of homes. However, that was all knocked off track due to the 2008 recession.

Developers like Jenice Eades are trying to restart the engine.

"It’s a wonderful little village. It’s a great neighborhood. Smart, safe, sustainable—those are kind of the tenants of the community itself,” said Eades, with Westway Homes.

The concept for Mesa Del Sol came from a community in Denver. Eades said the strategy is the same as it was 20 years ago.

"An area that focused on live, work, play. So, having a lot of walking trails,a lot of really close pod neighborhoods within the community, within the development, really has been the vision of this community,” she said.

Construction is already underway for hundreds of homes, with plans for hundreds, and even thousands more in the future.

There will be more public spaces like playgrounds, a community center, and possibly necessities like a gas station and grocery store.

"It’s just a little pocket in Albuquerque where you can just enjoy the views, enjoy your neighborhood, walk your dog, play with your kids at the park, but [it’s] not really a city,” Eades said.

The high demand for houses across Albuquerque includes skyrocketing demand for new homes, too.

"The housing market is like nothing I’ve ever seen. I’ve been in this industry in this market for 25 years, and it’s pretty unprecedented,” Eades said.

Eades said the average price for a home in Mesa Del Sol is $420,000. Interested buyers include people who have jobs in Silicon Valley, but who can work remotely.

"Folks are coming in from all over the place,” she said.

“And why wouldn’t you want to live in the Land of Enchantment, right?" Eades added.

Developers have also been battling a shortage of workers and materials

The city of Albuquerque has plans to make upgrades to Mesa Del Sol entrance on University Boulevard, and improve traffic and pavement markings.

The improvements are expected to be finished by late fall. 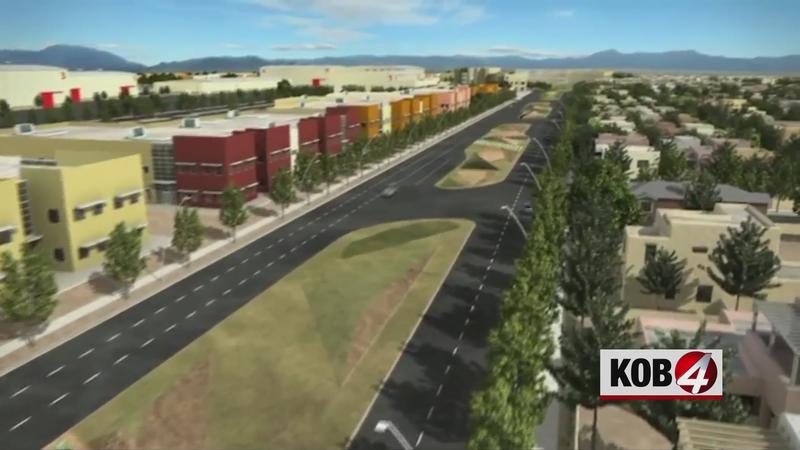