Metro Crime Initiative: What are potential solutions for crime in Albuquerque?

ALBUQUERQUE, N.M. — We talk a lot about crime in our community. But what are the solutions?

A number of crime-fighting players joined city staff today to talk about those solutions and what it will take to get Albuquerque there. It’s called the Metro Crime Initiative. Friday was the third session.

Crime is wide-reaching and in Albuquerque there are countless victims. So this story may sound familiar:

That is part of a case study being used to facilitate the Metro Crime Initiative.

“Detox is the first step. Getting someone into detox is really important,” said Jennifer Weiss-Burke, executive director of Serenity Mesa Recovery Center. “Right now there are no youth detox centers in the state of New Mexico. That is a critical element we are missing.”

Many talked about the need for more diversion programs, referrals or opportunities before it’s too late.

“The less felons we can turn out of the system the better off we will be,” said Judge Cindy Leos, Second Judicial District. “As Jennifer talked about, once someone becomes a felon it’s kind of…to say a door has closed in an understatement.”

While those interventions are necessary, others say crime legislation is still necessary to target the drivers and suppliers of drugs and chop shops.

“It pains me to come and ask for things that seem like more punishment but also, as a victim of crime, I can tell you, you don’t feel safe in your house when somebody’s been in there that you didn’t allow to come in,” OIS Fraud Bureau Chief Roberta Baca said. “So I think we have to have another perspective for people.”

There seemed to be a consensus there are solutions but it will take time and collaboration. 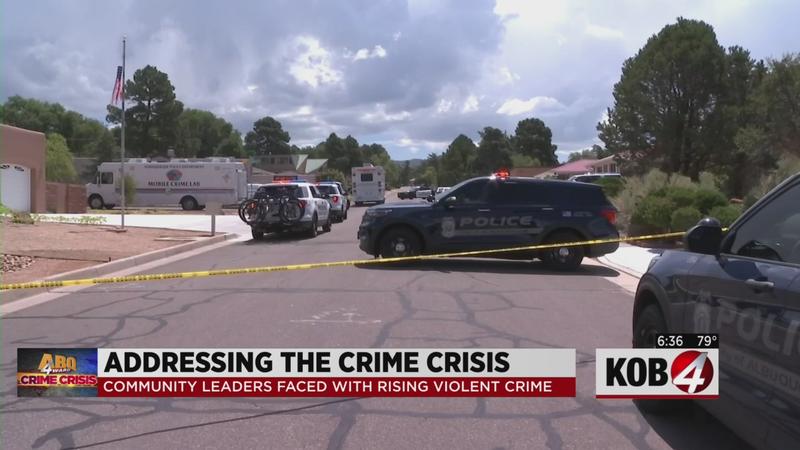