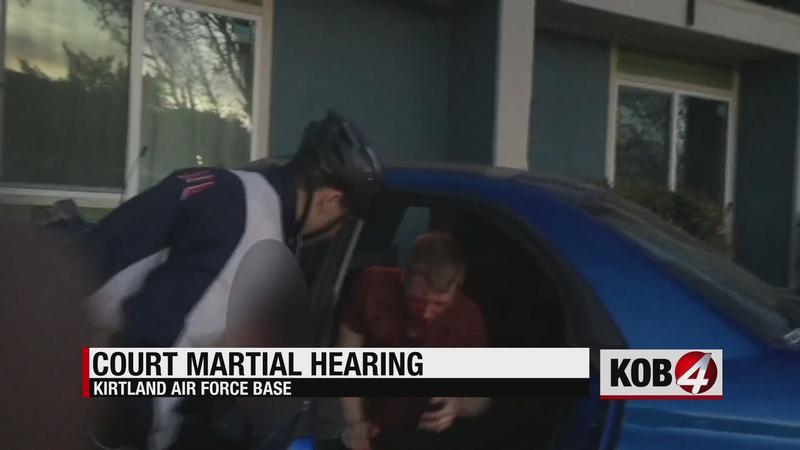 ALBUQUERQUE, N.M.- The Kirtland airman who lost control of his vehicle and killed a 39-year-old woman in March 2019, was found guilty Tuesday by a court-martial panel.

He was reportedly speeding north on Louisiana near Gibson when he hit Angelica Baca.

The sentencing phase of the trial is scheduled to begin Wednesday.