ALBUQUERQUE, N.M. — With last winter’s snowpack, early predictions had Elephant Butte dropping to historic lows of 1% capacity or less – which really hurt tourism in the area.

"If people don’t understand that there is water here, they won’t come," said Neal Brown, who operates marinas at Elephant Butte. "So we work at trying to get the message out that – yes, we do have water."

On the day KOB 4 visited the lake, gauges indicated that Elephant Butte was just over 3% capacity. However, just 3% still means that the water is anywhere from 30 to 60 feet deep.

"The lake is seldom full," Brown said. "There have been two periods in the last hundred years where it was full and one was in the ’40s and the other was in the late ’80s and ’90s." 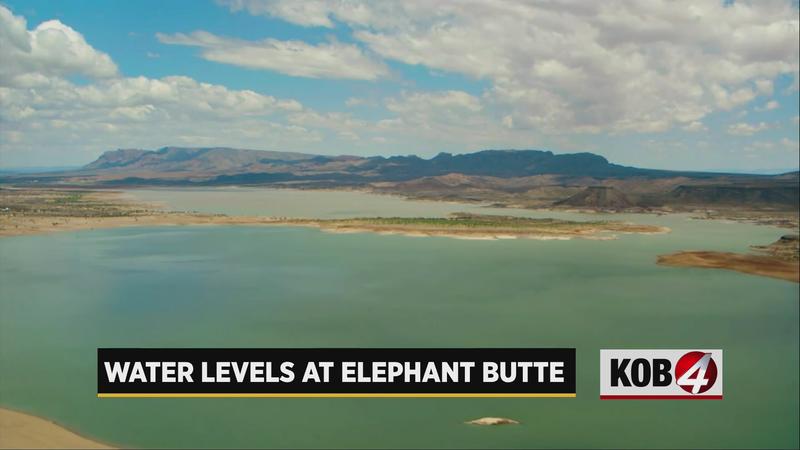 Neal said that when water levels rise, the beaches shrink – leaving limited space for campers. So this summer is one of those rare summers where the water levels and beach space is near perfect.

The perception that Elephant Butte is drying up has hurt businesses in the area.

Earl Greer, chairman of the board of the Elephant Butte Chamber of Commerce, said businesses in the area have had two major hurdles – misconceptions about how much water is really in the lake and government-mandated COVID-19 restrictions and closures.

"Nobody was coming in and nobody was allowed to go out there," Greer said. "We have a lot of people who come from El Paso, but that’s across the state line and they were not allowed to come in even though some own property here."

As this part of the state has worked to rebound from both COVID-19 restrictions and misperceptions, this summer’s monsoon pattern has helped its efforts. Rainwater has elevated the lake levels at Elephant Butte and that has encouraged people to return. As of Thursday, the lake is 5.5% full.