ALBUQUERQUE, N.M.- John Dodson, an MMA fighter out of Albuquerque, was involved in a crash, leading him to withdraw from a fight.

Dodson and his family were driving from Albuquerque to east Texas to visit family over the holiday weekend, but they didn’t get there.

“I saw a car, I thought was on the side of the road, but it was in the middle of the highway, so I tried to swerve and miss it,” he said.

The safety department said a semi hit multiple cows, rolled on its side effectively killing the semi’s passenger.

“There were no hazard lights or flares, anything to let us know what was going on,” Dodson said. 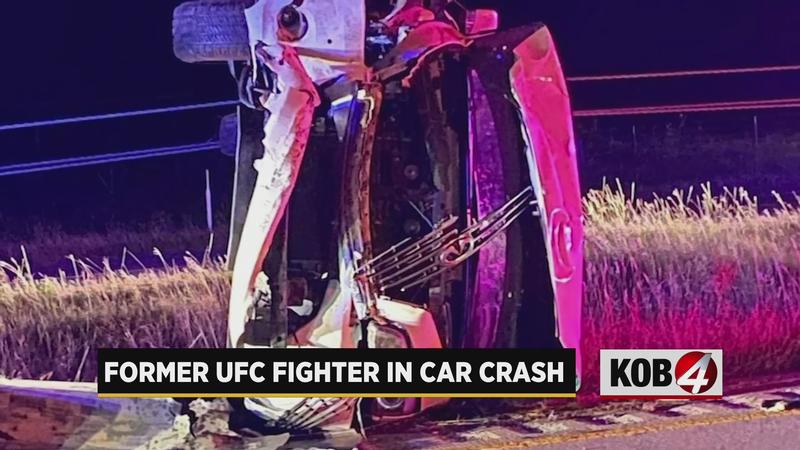 Following the crash, the former UFC fighter was forced to withdraw from an upcoming bout.

“I was supposed to fight at the end of this month so that kind of put that on the back burner," he said. “I’m kind of upset because of the fact that I was excited to go out there and go prove that I can still go fight with the best and go compete. I wanted to go out there and be myself and knockout somebody else and continue on my journey of chasing a world title. I want to be a world champion, doesn’t matter what organization it’s going to be."

The family is still waiting on medical tests.

A GoFundMe was started for the fighter’s family.