Moores believes he can return CD1 to Republican control

ALBUQUERQUE, N.M.- The Republican Part of New Mexico selected state Sen. Mark Moores as their candidate to run in the special election for the 1st Congressional seat.

"I think we got a great a chance to actually win this race," Moores said. "It was a republican district for 40 years."

In addition to being a state senator, Moores is a business owner and a former UNM football player.

"I’m the kind of leader who is willing to work across the aisle and work with my other side of the partners in the Democrat party, or any other for that matter, if it doesn’t conflict with my very strong faith and convictions," Moores said. 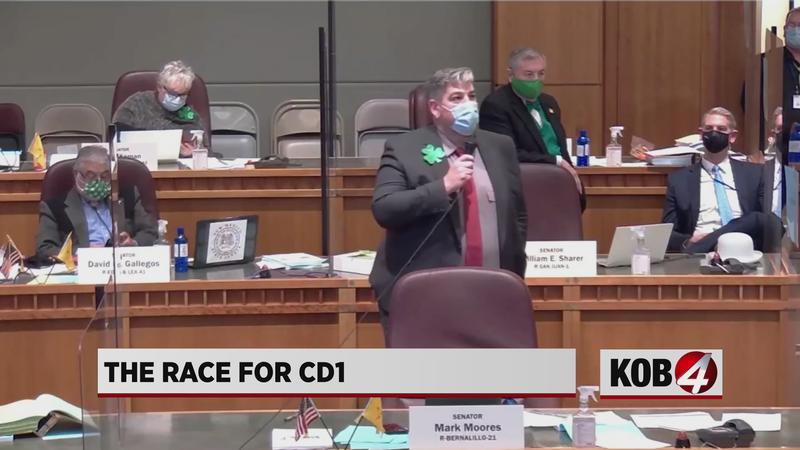 "It’s been 12 years since my party, Republicans, won it. But, before that we had this seat for 40 years. So, it’s going to be an interesting race. We’re going to contrast where we differ on the issues, and we’re going to fight for New Mexico," Moores said.

Democrats will select their candidate Tuesday. The Libertarian Party selected Chris Manning to run for the CD1 seat. He previously served in the National Guard, and ran in the 2018 race for New Mexico’s northern congressional district.

The special election is scheduled for June 1, but early voting can start in six weeks.