ALBUQUERQUE, N.M. – There are competing narratives about whether or not police officers in Albuquerque want to continue their careers serving and protecting the Duke City.

KOB 4 pulled some data on how many officers are spending their own money to qualify for retirement sooner.

"If you look at the stresses that occurring in law enforcement across the nation, you have to recognize that people are leaving the profession. We have a lot of crime, we have an officer shortage, we’re under a settlement agreement,” he said.

Some officers are spending their own money to qualify for retirement sooner.

Any officer can use their own money to buy credit – to qualify for retirement benefits a year sooner.

This year – only 8 months-in – at least 26 officers have bought time toward retirement.

The Albuquerque Police Officers Association explains why the 2014 number is so high.

"I’m not surprised, it would have most likely been the changes in our pension system in 2013. Because it benefited the officer to retire early."

Now the number of officers wanting to buy time toward retirement is trending up.

"Yes, there are issues that compounded us to a place where we are now, but we need time. I need time."

"We reeled back the discipline process, which was a huge step. Department of Justice themselves told me, a year ago, they would have probably not had the conversations to reel that back. But, now they reeled it back for us because they see that we’re trying to move in the right direction,” Medina said.

This data is not a perfect indicator of officers that are unhappy in the department, sometimes it’s purely a financial move. For instance, Medina said he was among the officers that bought time in 2014, when the benefits changed. 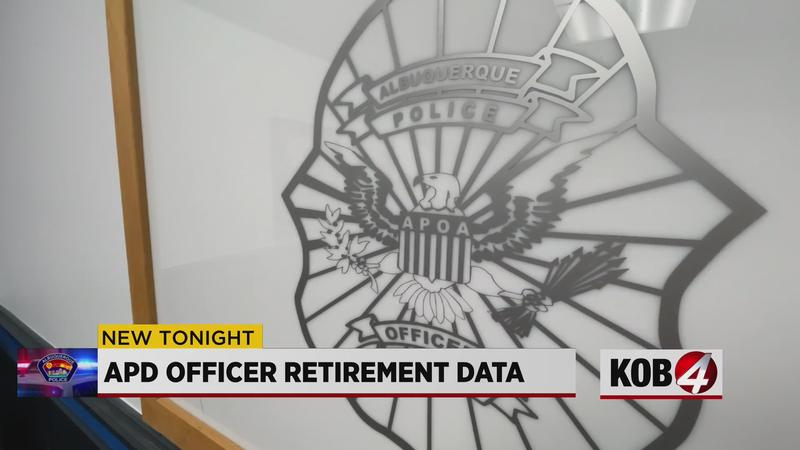