ALBUQUERQUE, N.M. – New details have been released about a deadly shootout between Bernalillo County deputies and a man who was supposed to be in prison.

It was the second time in one week that a suspect opened fire at deputies, an alarming trend that Bernalillo County Sheriff Manny Gonzales says is only getting worse.

"When they’re just coming out of anywhere and shooting out our deputies, then who’s next?” Gonzales said.

Gonzales said violence against law enforcement officers is only getting worse

“We’re seeing a change in behavior of the criminal, which is emboldening these people if there’s no consequences,” Gonzales said.

He said his deputies experienced that change firsthand after Taylor Crabb shot at them after a chase. A 911 call reveals how it all started near Bridge and Saavedra.

"I have a situation, it’s a non-emergency, but there’s a whole bunch of men, on my property."

"They were stripping a vehicle on your property?”

Deputies arrived within minutes and tried to block in a blue vehicle.

"He’s trying to ram our vehicle.”

Deputies followed Crabb down Isleta until he suddenly pulled over on Arenal.

Several deputies tucked behind the patrol unit just moments before Crabb fired even more shots from inside the car.

The standoff lasted another 40 minutes. Deputies said Crabb was seen moving around inside the car and even smoked a cigarette before he fired several more shots through the window – now in the direction of a nearby home.

That’s when a SWAT officer fired multiple shots at the car, killing Crabb inside.

Deputies said Crabb was found wearing body armor and had several guns and ammunition inside the car with him.

Gonzales revealed Crabb has an extensive criminal history, he was sentenced to 14 years in 2012 after assaulting a peace officer but was released on parole in 2020.

"What’s very frustrating for all of us is that whether we’re seeing it here, throughout the state, is that you can’t absolve them, or make excuses or acquit the behaviors of these people that are violent. And that’s our biggest concern,” said Gonzales. “If we can’t keep them safe, then we can’t keep the public safe.”

Gonzales said the department is working to provide extra training for deputies to keep them safe in the field. He did not explain what that training might include, but said they’ll be working on this for the rest of the year. 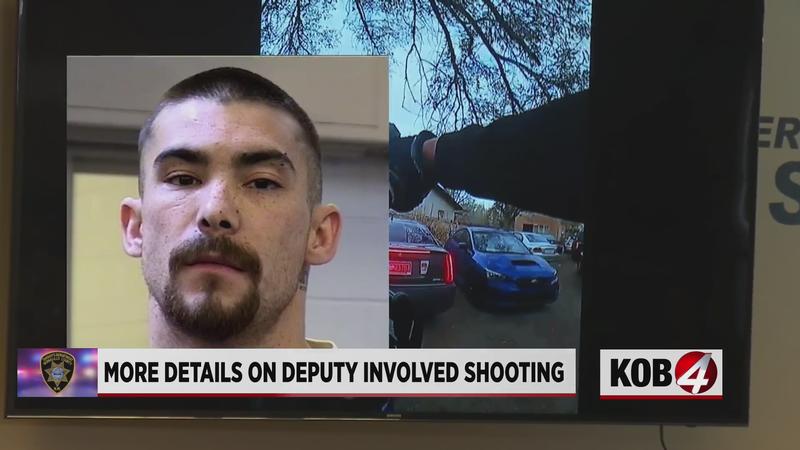