More expectant mothers turned to home births during the pandemic

Now, an increasing number of expecting mothers are choosing to give birth at home.

"They went up about 23% in April, 45% in May," said Nick VinZant, a senior research analyst with the research firm QuoteWizard.

Overall, the U.S. saw a 22% rise during the first year of the COVID-19 outbreak. Here at home, the number was even higher.

"New Mexico had one of the largest increases in at-home births during the first year of the pandemic,” VinZant said. “A 34% increase is in the top 10 increases nationwide."

Researchers found fear to be a major factor. Many expecting mothers said they were scared of getting COVID at the hospital and being separated from loved ones or even their newborn child. Hospital capacity was also a big concern. 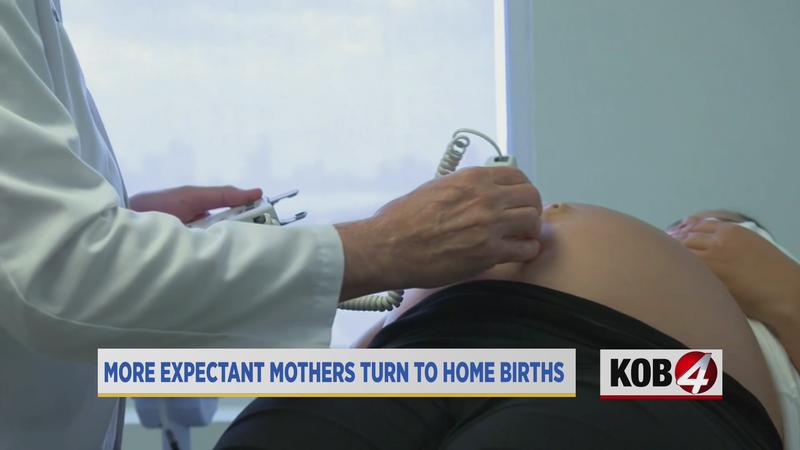 "People were concerned that they weren’t going to be able to get the attention, that they really felt that the medical care that they wanted," VinZant said.

Research indicates the biggest increases in home births were in rural states like South Dakota and South Carolina, where medical access is already scarce.

"One of the things that we have found is that there is a greater risk of death and mortality with home births,” VinZant said.

Money may be an issue as well. Home births cost around $3,000, which is less than half the cost of a hospital birth. However, because of the risks associated with home births, VinZant said most insurance companies are not likely to cover them.

Despite the increase in home births over the past couple of years, researchers found that nearly all women still choose to have their babies in a hospital.