LOS ALAMOS, N.M. – In August, Los Alamos National Laboratory (LANL) announced a requirement for all of its employees to get vaccinated against COVID-19, no later than Oct. 15.

Now, several employees are taking legal action with a federal lawsuit. One of the attorneys on the case, Angelo Artuso, told KOB 4 LANL has been more accommodating for employees with medical exemptions than religious ones.

"In other words, Los Alamos National Labs has recognized that they have sincerely held religious beliefs that prevent them from taking the vaccine or getting the vaccine, has offered a one size fits all option, use up all your vacation time, if you have it, and then you go on leave without pay," Artuso said.

The lawsuit, filed Friday, accuses LANL of religious discrimination and violating employees’ rights to equal protection under the law, among other things.

"And we’re asking the court to issue a temporary restraining order to keep Los Alamos from putting my clients, as well as other employees, who have been granted a religious exemption on leave without pay,” Artuso said.

Nearly two weeks ago, more than 100 lab employees backed a legal challenge at the state level. A judge denied their request. Artuso said the employees he represents may have a better shot in federal court.

"We draw some comfort from the fact that a federal judge in Tennessee, about two weeks ago, did issue a TRO and an injunction against Oak Ridge National Laboratory,” Artuso said.

A hearing on this case is scheduled for Friday, Oct. 29. KOB 4 reached out to Los Alamos National Laboratory for comment on this lawsuit but did not hear back.

In a statement from Oct. 15, a lab spokesperson said a lot of thought went into the decision to mandate the vaccine and, "The safety and health of our employees remains our top priority as we fulfill our national security mission, and as a result, our vaccine mandate remains in effect."

"This is more of a human story than a struggle over the law, at least in my mind,” Artuso said. “And this is about real people who are being affected by decisions made by an employer that do not find support in the law and frankly, as a matter of common sense, are just unnecessary." 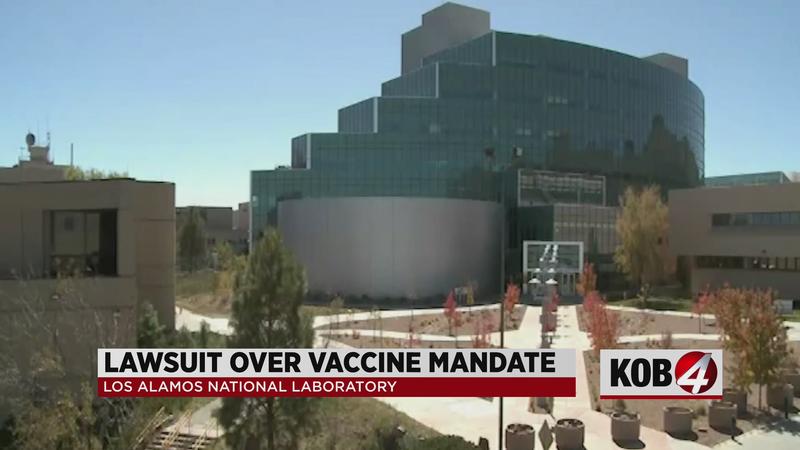