ALBUQUERQUE, N.M.- Following the legalization of marijuana in New Mexico, more law enforcement agencies across the state are retiring their drug-sniffing dogs.

"With the legalization of recreational marijuana, K9 Aries is unable to continue his function as a narcotics detection dog," the department stated in the post.

In May, 4 Investigates highlighted how the Farmington Police Department planned to retire its drug-sniffing dogs because of problems posed in establishing probable cause.

Here’s the problem – a dog will indicate "a drug" is present, but can’t communicate "which drug." A handler can’t determine if the dog found meth, heroin or a legal amount of marijuana. 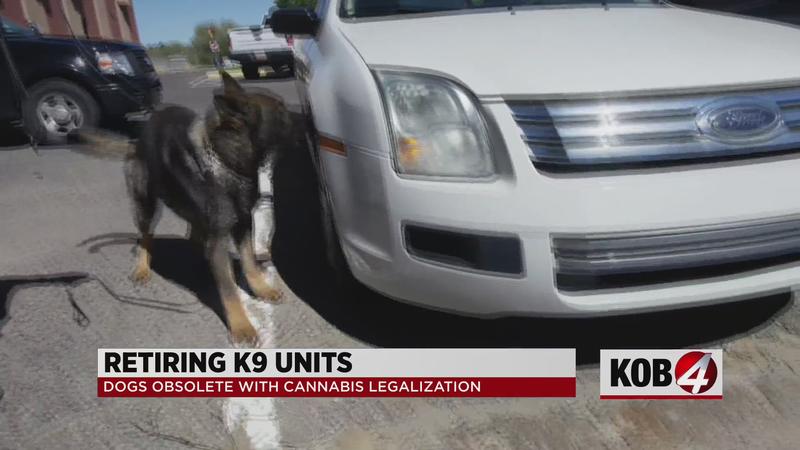 "Now marijuana is legal — if the dog alerts on it, and we got a search warrant, we’d be violating somebody’s rights. So that meant the easiest, simplest thing was to just stop using those dogs for that purpose," said Farmington Police Chief Steve Hebbe.

New Mexico State Police is also planning to retire all nine of its dogs that were trained to detect marijuana.

"Once the new canines are trained, the handlers will have the option of retiring their current assigned canine to their home, or we will look at other options to the likes of donating them to other law enforcement entities outside of the state of New Mexico who have yet to legalize marijuana," the department said in a statement.

One fiscal impact report estimates that replacing all nine dogs at state police would cost about $194,000.