ALBUQUERQUE, N.M.- Day two of a hearing to decide whether a couple that is accused of running from police and killing a mother and daughter will face murder charges wrapped up Friday.

No decision was made after Elexus Groves and Paul Garcia listened as one of the first responding APD sergeant’s described coming up on the crash, prosecutors say they caused.

"I looked in the van, there was nobody in the van. I walked around to the driver’s side of the passenger car and all the airbags, it had front airbags and side airbags that had deployed on the car," the sergeant said. "It was still kind of, the airbag dust was still coming out of the windows. The driver’s window was broken so when I walked up I could hear a person like moaning. I moved the side airbag out of the way and I could see a female. I never saw her face, I just saw her hands we’re kind of, like she was trying to make fists with both her hands. Just kind of groaning and gasping for air. I told her to hang on."

Prosecutors believe Garcia and Groves were fleeing in a stolen van when they crashed into the Boling family.

"I lifted the airbag there, and I saw, he was probably, I want to say a young toddler, a little boy who was crying at the time," the sergeant added. 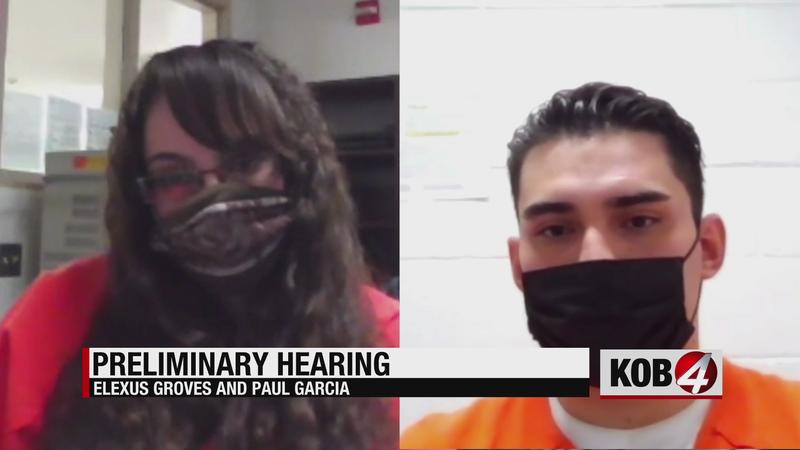 Witnesses described seeing the two suspects, or people who looked like the suspects, just prior to that crash driving in the area.

But both attorneys pointed out it was early enough to still be dark outside. Groves is suspected to be the driver. Garcia’s attorney made sure to point out that there was no evidence the passenger caused the wreck.