ALBUQUERQUE, N.M.- Gov. Michelle Lujan Grisham has until April 9 to sign bills that were passed during the legislative session.

If the governor doesn’t act on the nearly 150 bills, they will be "pocket vetoed."

State lawmakers considered more than 800 bills during the 60-day legislative session, but a majority of them did not pass.

"I can only think of, right now, about a handful, maybe less, of issues that we were really hoping to get over the finish line that didn’t," the governor said following the legislative session.

So far, Gov. Lujan Grisham she has signed 14 bills into law. The legislature’s website shows she has not vetoed any bills yet.

One of the bills that is awaiting action is House Bill 2, which is the state’s $7.4 billion budget. 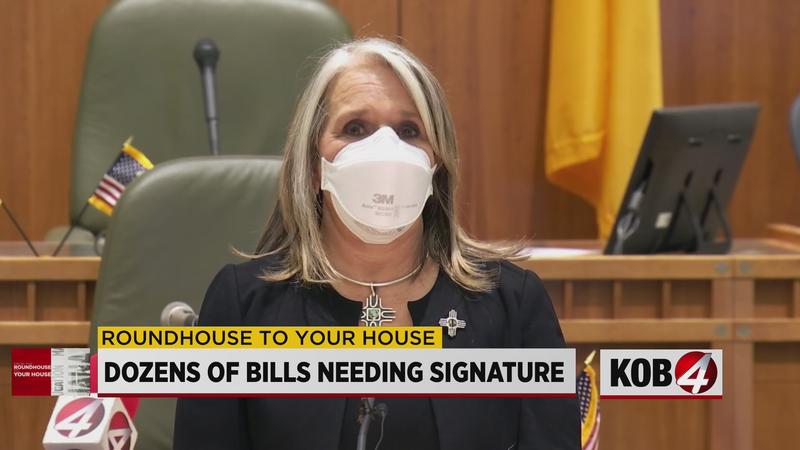 "So we’re going to take a hard look at House Bill 2 because we want to make sure that that moral document that we absolutely agree that the priorities are right in the budget package and make sure that it’s balanced in a way that it is intended by the legislature," Lujan Grisham said.