ALBUQUERQUE, N.M. — A local mother is demanding change after her 2-year-old daughter and husband were severely injured in a drunk driving crash.

Trevisha Traylor said she was sitting at home Saturday night when she first heard about the crash.

"There was a lot of people talking about that accident before I even was worried about it. It was on Facebook already. I’m hearing sirens and not knowing that’s my husband and daughter,” she said.

According to Albuquerque police, her husband was making a left turn on Wyoming when another car T-boned them. Police say Nicole Vargas was driving the other car drunk. According to a criminal complaint, she drank 6 hard seltzers before driving, and told investigators she was on her way to get even more alcohol.

Traylor’s 2-year-old daughter Alyricc was thrown from her car seat and knocked unconscious during the crash.

"They weren’t doing anything wrong at all. My husband was completely just on his way to work. And now, now we’re dealing with something like this, because she needed more alcohol. Like what?" she said.

Traylor says the young girl has a broken neck, pelvis, 3 spinal fractures, internal bleeding, and is in a medical coma. She said they won’t know the full severity of her injuries until she is more alert.

"My daughter is, does not, she’s life, like my daughter is always so happy and full of life and to know that this like someone just took that from her,” she said.

On Monday, a judge ordered Vargas to stay behind bars before her detention hearing, which is set for Friday. Traylor is worried New Mexico’s laws will not keep Vargas locked up before her trial.

Traylor said she will not lose hope for her daughter’s recovery.

"My daughter is a fighter. I’m not I’m not even. I’m not thinking about none of that, my daughter is fighting. She’ll be home. Might take a while or whatever it takes, I’m gonna be right here waiting for her to come home.” 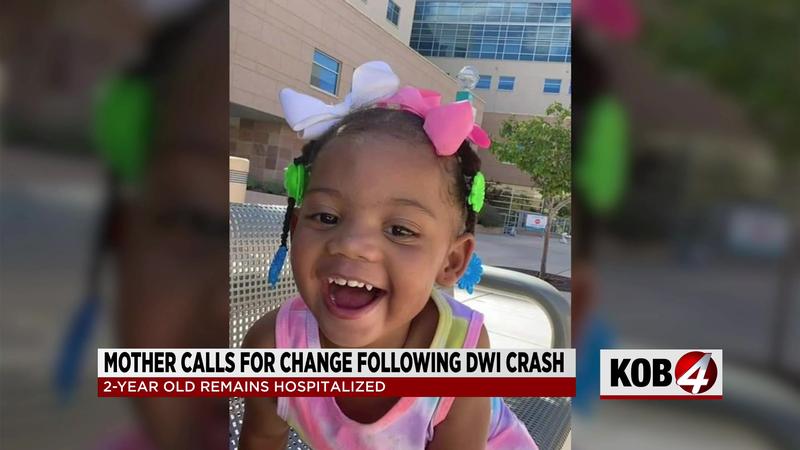