Mother continues to look for answers in July shooting

ALBUQUERQUE, N.M. – One woman is making a plea to people in Albuquerque for information on her son, 19-year-old Trevonte Robbins, who was in downtown Albuquerque around Central and Fourth when he was shot and killed two months ago.

According to APD, on July 10, police officers responded to a shooting at around 2:30 a.m. Two people were hit, and one man was killed.

A bullet also hit the windshield of a nearby officer’s vehicle.

Tenesha Robbins said her son Trevonte was visiting family in Albuquerque for the Fourth of July when he was killed.

"It’s a phone call that I’ll never forget because you send your child home just to spend the holidays with friends and family not knowing that this is the last time you’ll ever see your child," said Robbins. "That’s something I’ll never get over."

Robbins lives out of state. She said on that night, Trevonte was meeting up with an old friend. Then they met up with a couple others downtown with the goal of heading to a party. But they never made it.

"My son was not the intended target," said Robbins. She said her didn’t even know the other kids they met up with.

"Nothing will ever bring my son back, but for us, we need that little bit of closure knowing that whoever is responsible for this, whether it’s one person or numerous people, that at least they’re not on the streets of Albuquerque causing this pain to another family," said Robbins.

She said two months later, the person who killed her son is still out there.

Crimestoppers even released a surveillance video, hoping to generate some leads. They are looking to identify the person getting into that black car.

Robbins believes someone knows something. She is pleading that someone comes forward to give her family, her now would-be 20-year-old son, more than just these memories to hold on to.

"I can’t even put it into words. Every day, I’m just praying for a phone call that some kind of lead, or someone will be in custody and it’s just everyday you go to bed with that disappointment, that yet another day this case is going unsolved," said Robbins. 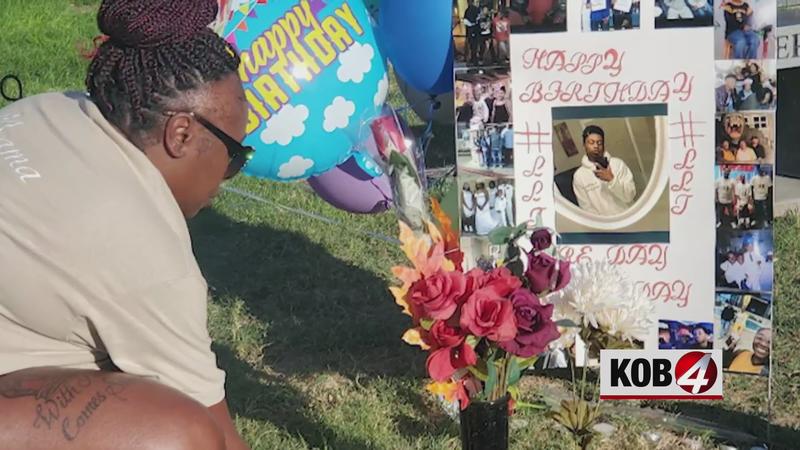