ALBUQUERQUE, N.M. – Every year, tens of thousands of people go missing in the U.S. According to data from the FBI, nearly 600,000 people went missing in 2020.

Many of those people are found, but others remain missing, and their families continue to search for answers about their loved ones. This includes many Indigenous people.

“This is a crisis that has been happening in our country since colonization, and it’s very very deep and so I’m grateful that we’re seeing some action on it right now,” said U.S. Secretary of the Interior Deb Haaland.

Pepita Redhair is still missing. The last time anyone saw her was in March 2020 in Albuquerque.

Her mother said she has been searching for any clues in her daughter’s disappearance ever since.

“Pepita is loved by her family, I really miss my daughter. It’s frustrating my daughter, my daughter is lost. I know someone out there knows something. Pepita, I will not stop searching for her.”

Redhair disappeared when she was 27. In the days prior – her family received photos in text messages of a smiling Redhair, even enjoying the Sandia Mountains.

Her family received a photo days before she disappeared, making that was the last time Redhair’s mother had any contact with her and the first day her sister became her voice.

“I am her voice. My sister is a niece, a daughter, and a sister most of all. My sister went missing March 27, 2020. She was in an abusive relationship with Nick. My sister is a domestic violence victim.”

Albuquerque police said they do know of a domestic history with Redhair’s boyfriend at the time, who attorneys say is Nicholas Kaye, and they’re checking into it.

Police also said Redhair’s case had gone cold until just recently. They said they’re working some new leads, but wouldn’t say much more. And while the search for answers continues – her family has this message:

“Pepita had dreams to continue her education. Pepita is a person. We want her back. We want answers. Unfortunately, Pepita’s father passed away last week. He left this world not knowing what happened to Pepita Redhair, his daughter. He didn’t get closure. We want closure.”

A rally is planned for this Sunday called "Seeing Justice for Pepita Redhair." Rehair’s mother said while this rally is for her daughter, she hopes others who also have missing loved ones come to the rally.

“I think that this is important because as Native Americans we’ve never been given the opportunity to have a voice. And it’s really important for our voice to get out there, in order for justice to be brought to our missing and murdered women.” 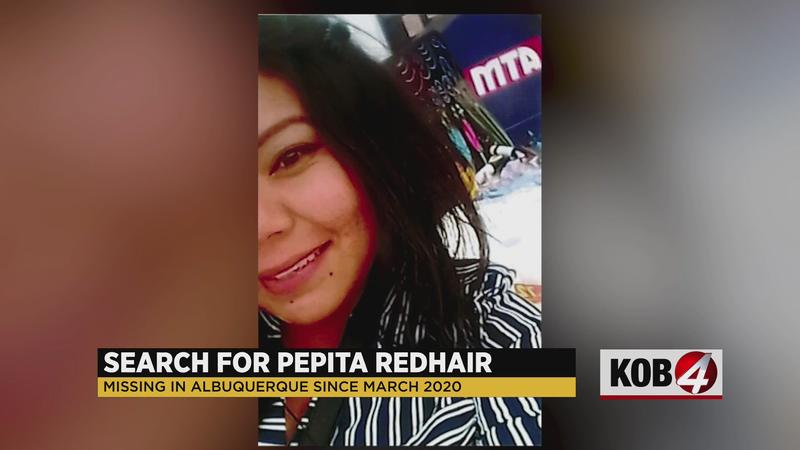