Mother, daughter connect the dots to an unexpected reunion

"I always wanted to find her, and just hoped that she was happy,” DeNae said. “I think any mom that places for adoption hopes that."

"I’ve always thought about it and never really thought that I’d be able to meet her at all," Maren said.

Last December, the mother and daughter were unexpectedly able to meet for the first time. That was after a friend Maren had not spoken to in years, messaged her out of the blue. She said she knew a man interested in the adoption process and hoped Maren might be able to give him advice.

Maren called the man, but instead of asking her general questions about adoption, he asked several personal questions about Maren specifically – including what agency she was adopted through. Finally, the man admitted the real reason he reached out. He thought Maren might possibly be his half-sister. 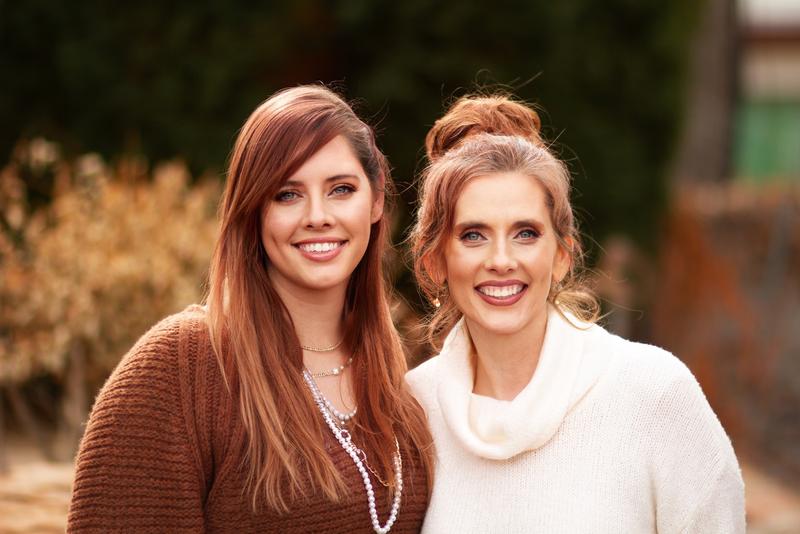 Around the same time, Maren’s cousin, who was living with her, started dating someone. It turned out to be her biological mother’s ex-husband.

“They ended up getting married and putting two and two together," Maren said.

DeNae had a similar stomach-dropping moment. "My ex-husband calls me out of the blue one day and says, ‘hey, I don’t want to freak you out,’" she said, "and then he started asking me questions about her birthday and where she was born."

Maren and DeNae decided to meet in person for the first time at a DNA testing site. Two days later, they got the results. It was a 99.99% match.

Maren said she felt shocked at that moment. “I was hopeful, to begin with, but I was like, there’s no way," she said.

However, the signs were there: their similar quirks, mannerisms and their uncanny resemblance. "I kind of had a feeling," she said, "but I didn’t want to get my hopes up because that would have been hard to have them come back negative.”

DeNae said, even if she did not match with Maren, she already thought of her as one of her own. "We both talked and said, ‘well, if we’re not, I’ll help you find your mom,’ and she was going to help me find my daughter."

During the closed adoption process, officials told DeNae her daughter was going to Colorado. She had no idea Maren was actually raised just two hours away in Gallup, N.M. Both of Maren’s adoptive parents have since passed away.

"I think it would have been nice if they were here to meet her because I think that they would have really liked you and I think you guys would have gotten along really well," Maren said to DeNae.

"It would have been nice to thank them for taking care of her, you know when I couldn’t," DeNae said.

Now, the mother and daughter live only minutes away from each other. DeNae and Maren said they would encourage anyone searching for a long-lost loved one, not to give up. "Always keep looking, even if things get tough," Maren said.

"It never hurts to try to find them,” DeNae said. “All they can do is say no, and that would be hard, but it’s totally worth it, being able to connect with that person and have that special relationship again."