ALBUQUERQUE, N.M.- The Albuquerque mother who is accused of driving drunk and crashing will remain in jail pending a trial.

Alexis Martinez lost a child in the crash. The passenger’s child was also killed.

During a hearing Friday, prosecutors showed the judge a Facebook Live video that was shot hours before the crash.

It shows Martinez drinking alcohol while driving with a car seat in the back. 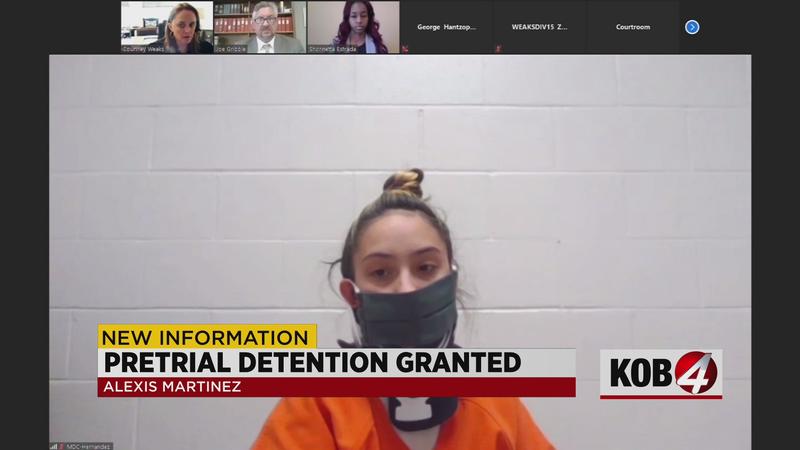 A police officer testified that Martinez was driving nearly 89-miles per hour when she crashed into a barrier on I-25 near the big-I in March.

The officer also testified that he found marijuana and what looked like heroin in Martinez’s purse.

The attorney representing Martinez asked the judge to release his client, claiming her severe injuries from the crash require more medical treatment.

"Speaking with my client, she is in constant pain," said Joe Gribble. "The injuries she has are serious and MDC is not equipped to get her the aftercare that’s necessary."

The judge ended up siding with the prosecution.

"There is no worse DWI action then going into a barrier on the freeway at in excess of 80 miles per hour with unrestrained very small children in a motor vehicle, and that decision-making process shows a level of impairment that is– shocking is a small adjective that the court would be able to use," said Judge Courtney Weaks.