ALBUQUERQUE, N.M.- A jury heard testimony Wednesday in the trial for a man who is accused of raping a killing a six-year-old girl.

The trial for Leland Hust was moved from Sandoval County to Valencia County due to the attention the case was receiving.

Hust, 24, was seeing crying while prosecutors showed the jury a picture of how police found Ariana "Jade" Romeo.

The girl was discovered naked and lifeless in a Rio Rancho home in 2018. 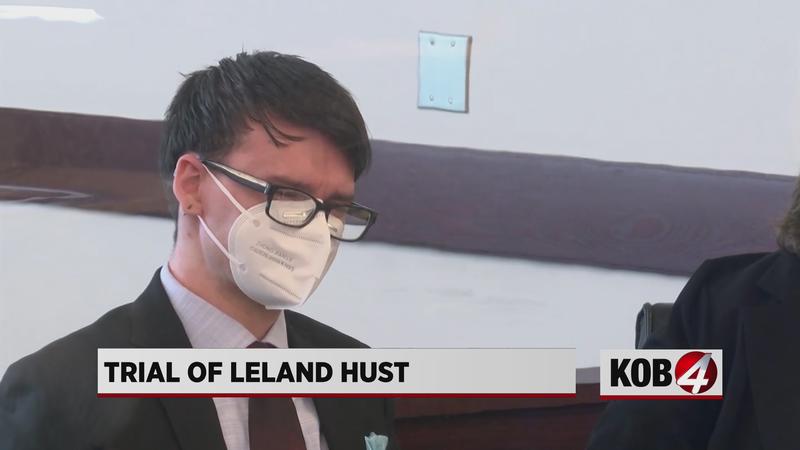 Ariana’s mother, Stephanie Romeo, was the first person prosecutors called to the stand.

She spoke about the night she came home from her job at a restaurant and bar, crawled into bed with her daughter and fell asleep.

Stephanie said she didn’t realize Ariana was dead until the next morning.

"I started to say, crazy girl, what are you still doing asleep? I got home at four, you know. And I realized she was in the same position as when I got home," Stephanie said. "And I knew right then. So, I took the blanket off her and her legs were purple, and I knew she was dead."

The prosecution also played his jailhouse calls between Stephanie and Hust.

They discussed how Hust’s DNA was found on Ariana, and how Hust cleaned up the scene.

Stephanie said she spoke with Hust, trying to get information about what happened to her daughter.

The defense argued that Stephanie was working around the system.

"They can’t contact Leland because you realized at that time– if they wanted to contact Leland, they’d have to go through his lawyers," the defense attorney said.

It’s clear DNA evidence will be a key point of the trial.

The trial will resume Friday.