To her, Oliver is a source of happiness and laughter.

But the girl’s mother, Jennifer Taylor, believes the new puppy could potentially save her daughter, Brielle, from a life-threatening condition.

"We need him because he’s going to become a seizure dog," Jennifer said. "About a month ago, Brielle had her very first seizure in the middle of the night. I woke up. Luckily, she was sleeping with me. She wasn’t breathing, she was blue. I thought she was choking. I called EMS."

Jennifer said Brielle was taken to the hospital and diagnosed with epilepsy. Brielle has had four episodes since then. 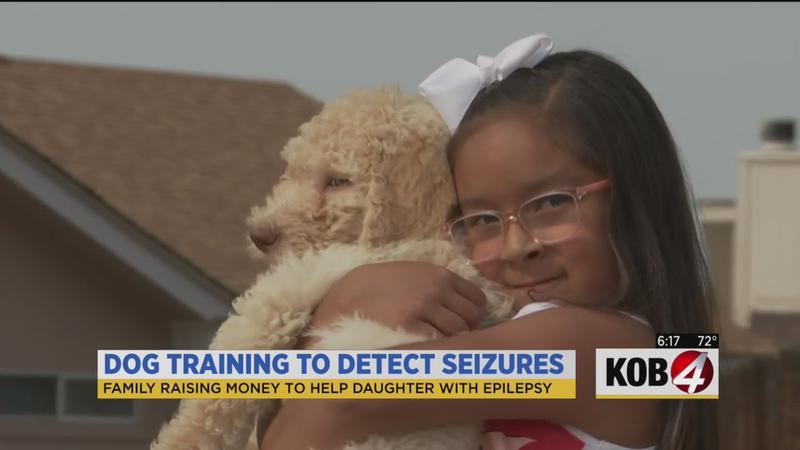 Jennifer said a kind dog breeder and several donations helped her to get Oliver over the weekend.

"It feels like he knows he’s here to watch over her," she said. "He sleeps next to her at night. He follows her around the house. He lays with her. We drove to Hatch to pick him up, and they slept on the back seat on the way home."

Jennifer, a single mother, said she needs help raising money for Oliver’s seizure and service dog training. Goldendoodles are known for their ability to detect seizures.

"Especially since her first episode was at night, I have a hard time going to bed at night. I’m up constantly, like when you have a newborn baby, checking on her, making sure she’s OK," Jennifer said.

Jennifer has set up a GoFundMe to raise money for the service dog training.