ALBUQUERQUE, N.M. — North America’s largest Native American powwow recently wrapped up in Albuquerque. Thousands of people came from across the globe for the Gathering of Nations – but one family left with questions and a plea for help.

Josephine Webster and her family returned to the Gathering of Nations after two years of postponements for what was supposed to be a joyous occasion. It was a chance for her son to dance among hundreds of others in Albuquerque.

"We decided to make it a family trip to come down here from Wisconsin to enjoy the Gathering of Nations powwow," Webster said. "We never thought, in a million years, how this was going to turn out for us."

The experience started out as a good time, as Webster’s son and his friends danced on Friday night – but their dreams would be cut short.

"We got back to the hotel late Friday night and the boys went in to check into the hotel, get settled and, by the time they went back out for their outfits, they were stolen," Webster recalled. "The car had gotten broken into, everything was gone and everything was taken." 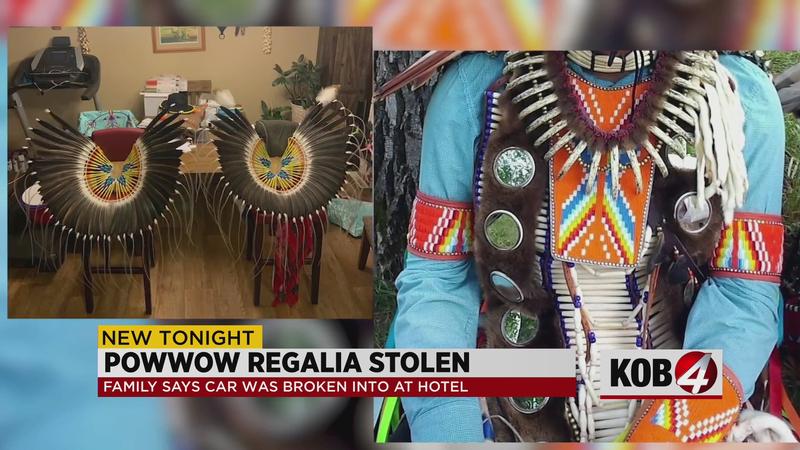 She says her family was heartbroken, saying these pieces are irreplaceable.

Webster says she got a tip that someone was trying to sell them at the Coronado Mall parking lot. When she got there, though, it was too late. She says they had to return to Wisconsin because her youngest son has a medical condition and they didn’t want to run out of his medications. However, she says she’ll be down right away if they’re spotted again.

"The one good thing is my son – the one who got his outfit stolen – he actually took first place in the singing contest with his drum group so that was the silver lining to our weekend," Webster noted.

Webster believes her son and his friends will get their regalia back. She may need your help though. If you see the regalia or someone trying to sell them, she asks that you contact her at 631-887-9264.

Gathering of Nations issued the following statement regarding the stolen regalia: