Mothers in crash that killed 2 children appear in court

ALBUQUERQUE, N.M. — A young mom accused in a tragic crash was in court this morning. 23-year-old Alexis Martinez’s pretrial detention hearing got pushed back until next week.

Prosecutors didn’t submit evidence with enough time for the defense to go over it.

Martinez is charged with two counts of child abuse resulting in death from a March crash near the Big-I. Her 7-year-old daughter and a two-month-old baby boy died in the crash. Two other children were hospitalized.

Police suspect Martinez was driving drunk. She will remain in jail at least until her next hearing. 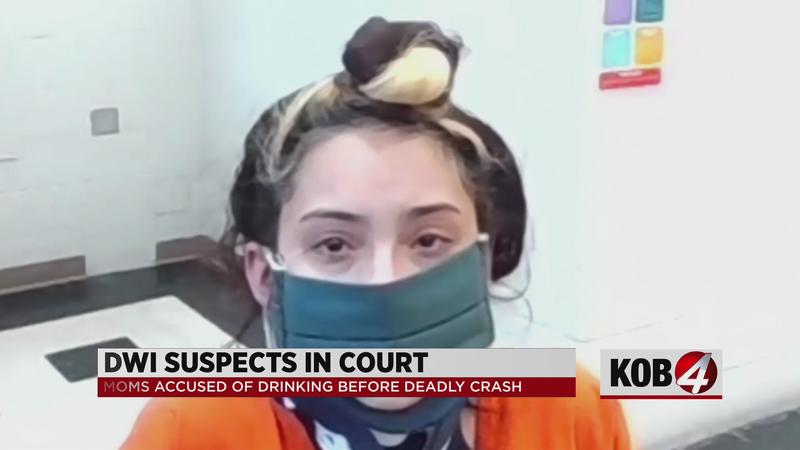 Ortiz is charged with child abuse resulting in death. Her two-month-old boy died in the crash.

Ortiz was allowed out of jail about a month ago, and Friday a judge gave her permission to attend a family member’s funeral.

Ortiz does not have custody of her surviving child. She also must use a GPS curfew and adhere to a curfew as part of conditions of release.

Ortiz said she and Martinez were drinking and got into an argument before the deadly crash.