ALBUQUERQUE, N.M. – A motorcyclist was killed in a collision with a sweeper truck Tuesday morning in northeast Albuquerque.

Officers were dispatched around 6:30 a.m. Tuesday to a crash near a parking lot at 3230 Menaul Blvd NE, where a motorcyclist sustained life-threatening injuries.

An investigation found a sweeper truck was cleaning the lot driveway but then did a U-turn in the middle of Menaul as a motorcycle was traveling westbound. The motorcycle struck the truck as it was reentering the lot.

An unidentified motorcyclist was pronounced dead at the scene by rescue personnel.

Police do not believe speed or alcohol were contributing factors in the crash. An investigation is still ongoing. 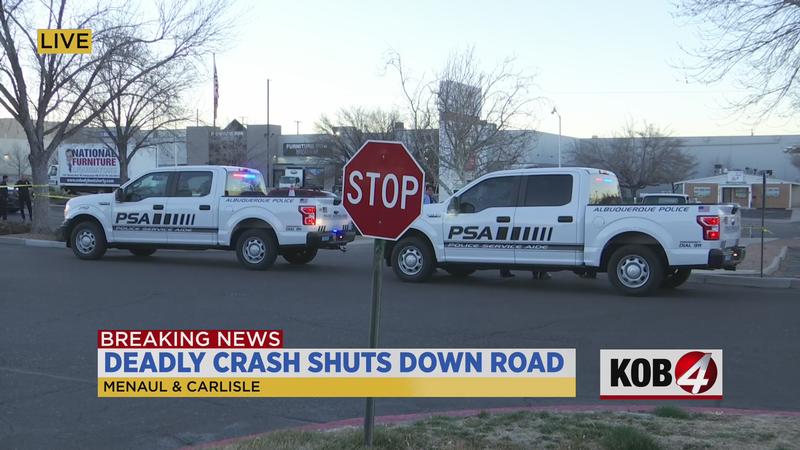 East and westbound Menaul was closed at Carlisle as police began an investigation after the crash.