State police said they were alerted that a vehicle was fleeing Santa Fe after reportedly robbing a Starbucks Friday afternoon. The suspect’s vehicle was described as a black Kia with no license plate, occupied by a male and a female suspect who were armed.

Shortly after that information was provided over the radio, a state police officer saw the vehicle traveling north on Cerrillos and notified dispatch. Then a Santa Fe County Sheriff’s Office deputy found the suspect’s vehicle and began a pursuit that proceeded north on I-25, then southbound on U.S. 285. 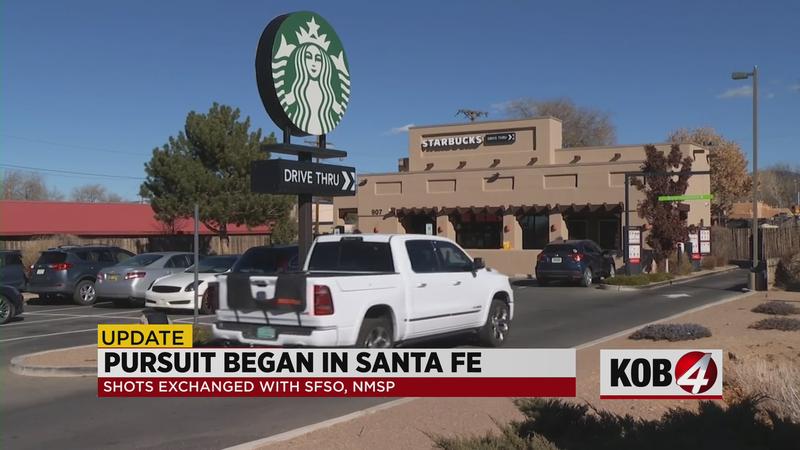 State police said the suspect’s vehicle left the roadway on U.S. 285 near milepost 251 and crashed near a tree. The officers told the suspects to get out of the vehicle.

The driver eventually crawled out and was taken into custody. State police said he was airlifted to an area trauma center for gunshot wounds, but his current condition is not known.

The female suspect was found dead inside the vehicle. NMSP said the Office of the Medical Investigator will determine the manner of her death, as well as her identity.

No officers were injured during the pursuit.