ALBUQUERQUE, N.M. – The Bernalillo County Sheriff’s Office saturated the east side of Albuquerque Tuesday – with the goal of cutting down gang-related crime and building up public relations.

Over 50 uniformed deputies and even more undercover officers gathered for a Gang Recognition and Intelligence Patrol (GRIP) operation.

“This is an opportunity for us to interface with the public and the businesses that are concerned and get information,” said BSCO Sheriff Manny Gonzales.

Just two weeks ago, there was a homicide in the Smith’s parking lot and Gonzales says crimes like that have left this neighborhood shaken.

“Just recently we had a homicide out here at the Smiths and people are feeling very unstable right now in this area business owners and this is exactly why our deputies and federal partners come out,” Gonzales said.

Along with BCSO, other agencies patrolling include the DEA, FBI and the U.S. Marshals Service.

“Any investigation we can take a state or local matter and make it a federal violation and make a federal case, that is what we are going to do,” said Special Agent in Charge Raul Bujanda of the Albuquerque FBI Division.

“Ultimately the main goal is to develop a relationship between us and the public, so we gain their trust they share information with us then we can use that information for their benefit,” Bujanda said.

The GRIP operation area will stretch from Four Hills to Eubank and from Lomas down to Gibson.

The last time the sheriff’s office conducted a GRIP operation was last Friday at the New Mexico State Fair – while it was much smaller than Tuesday’s efforts, they still made 10 felony arrests and confiscated firearms and drugs. 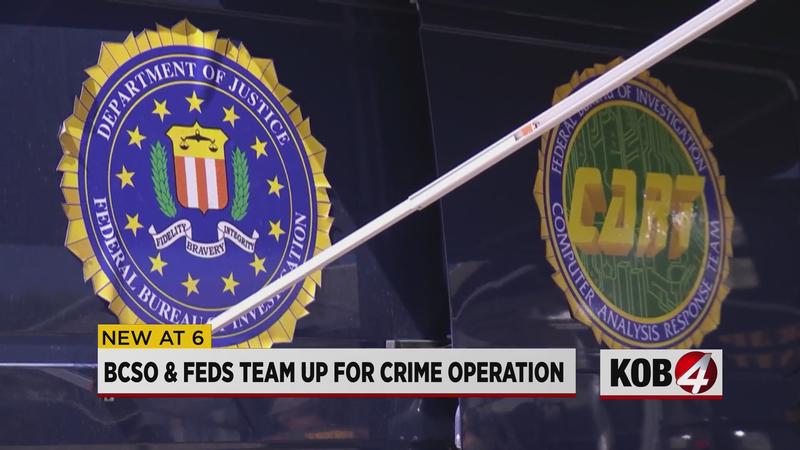