SANTA FE, N.M. – Gov. Michelle Lujan Grisham has asked the Legislature to focus on crime this legislative session, and this week multiple bills that are looking to change New Mexico’s gun laws are being introduced.

There are four public safety bills that focus on guns going into committee this week. These bills – if passed – would change what people can and can’t own, and will lay out the new penalties for those who break these laws.

First, House Bill 9, also known as Bennie’s Law, aims to make it a crime if parents don’t properly store their firearms away from children. This bill has been highly anticipated since last August, when 13-year-old Bennie Hargrove was shot and killed at Washington Middle School.

The author of HB 9, Rep. Pamelya Herndon, says this bill is designed to protect children in the state and hold parents accountable and responsible gun owners.

“What happens when I send my child or anybody else sends their child to school? Are you going to have to worry about whether or not they are going to come back? Because some other child was able to access a gun that a parent or guardian has not kept in a secure place, or at least out of the access of another child,” Herndon said.

Next, House Bills 26 and 28 introduce higher sentences if a gun is used in certain crimes. In HB 26, it makes carrying a firearm while trafficking controlled substances a 3rd degree felony. Then HB 28 would require a 5-year prison sentence for felons found in possession of a firearm.

Finally, House Bill 156 would make it a crime to possess a magazine that can hold more than 15 rounds of ammunition.

It’s no secret gun violence is a problem in the state and in the last few years many organizations and individuals have called on the Roundhouse to pass stricter gun laws like those mentioned.

Earlier this year, KOB 4’s Tessa Mentus and Chris Ramirez sat down with “Moms Demand Action” and they say they have been pushing for these bills for years.

“It’s the same things that needed to happen 6 years ago when my son was murdered. This is the 6th legislative session that I will be along with this large group that legislature should know, we will be there holding them accountable and are trying to fight for stronger laws,” mother Nicole Chavez said back in November.

Fast-forward to the current session, Herndon said she is confident this is the session we will see change.

“I’m expecting the legislatures to pass this bill,” Herndon said, “because it is important and it is needed.” 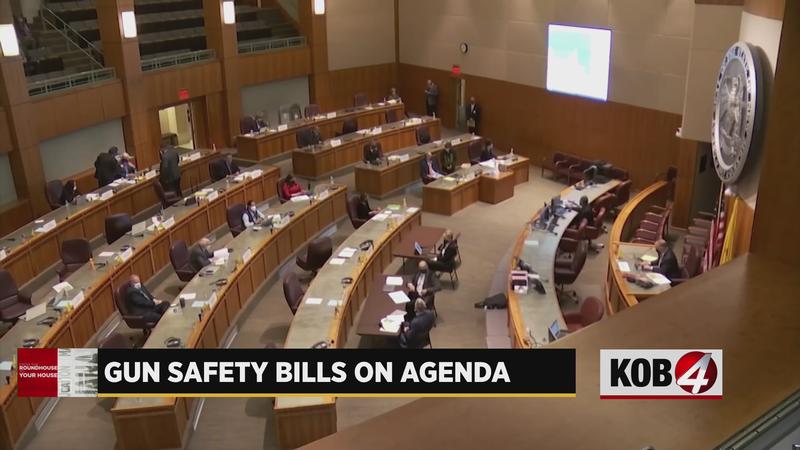