ALBUQUERQUE, N.M.- A New Mexico man who allegedly murdered his friend while wearing an ankle bracelet for a previous crime will stay behind bars.

Devin Munford, 18, is being held without bond while his mental competency is evaluated, a judge decided Monday.

Police said Munford showed up to an apartment in northeast Albuquerque in April, knocked on the door and fatally shot another man with a shotgun.

According to court documents, the two knew each other. Police claim Munford stole the victim’s AK-47 about a week prior to killing him.

Approximately two days after the alleged murder, police say Munford also stole alcohol and money from a 7-Eleven at gunpoint. 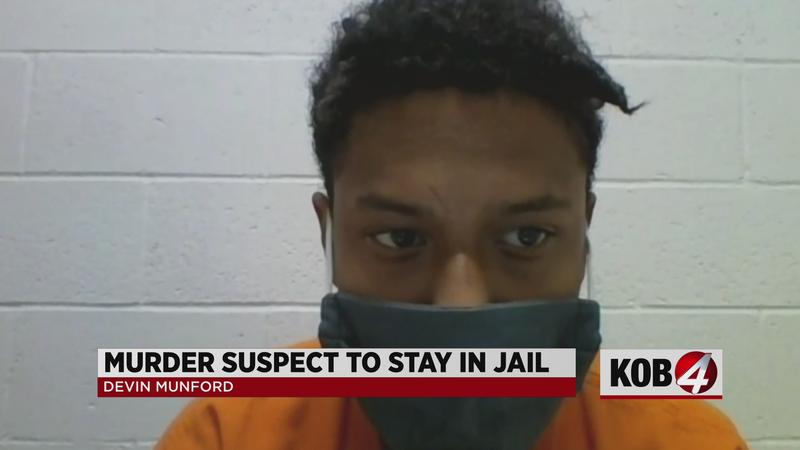 Before the murder and robbery, Munford had been released from jail for another crime.

In December 2020, he was arrested driving around Albuquerque and shooting a gun out of his car.

Judge Clara Moran declined to hold him in jail pending a trial, instead, releasing him to Pretrial Services.

District Attorney Raul Torres said the courts did not notify law enforcement when Munford violated his conditions of release.