UPDATE: The victim was identified as 27-year-old Zachary Schaefer. The court hearing for Ketcham’s ankle monitor decision got pushed back, again, and is now scheduled for Oct. 14.

ALBUQUERQUE, N.M. — Shaquan Ketcham is accused of killing someone, but now a doctor’s note says his life could be at risk because of his court-ordered GPS ankle monitor. His attorney is going to fight to remove it.

Ketcham is accused of killing a man back in April 2020 – just a block south of Central near UNM.

Ketcham has a history of trouble – when he was 15 years old he broke into a Rio Rancho home and was shot by the homeowner. Then, he escaped the now-defunct Desert Hills youth home. Back then, he was ruled incompetent to stand trial and a lawsuit claimed the system was failing him.

Now, at 20 years old, Ketcham’s attorney and his doctor are claiming his ankle monitor should be removed because it’s making him sick. 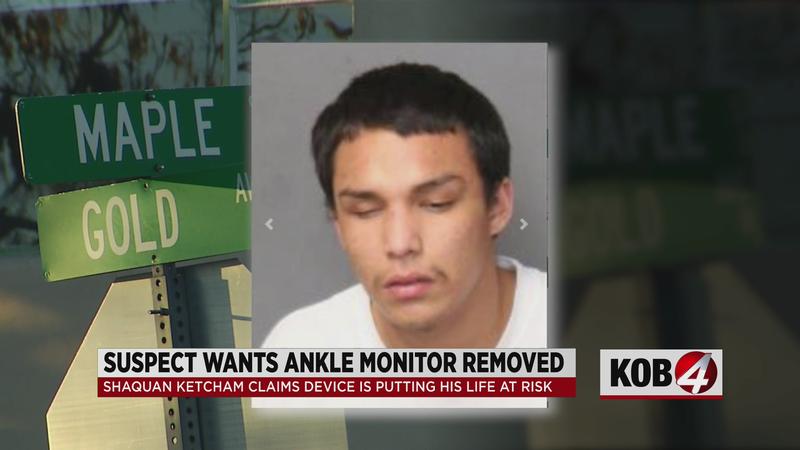 Court documents show his doctor said his ankle monitor is causing an ulcer and could cause sepsis – a severe complication that follows infection. A doctor’s note said Ketcham is immunocompromised and complications could cause a fatal outcome.

The court documents also show the district attorney’s office opposes the removal of the ankle monitor. They are set to argue both sides on Thursday, Sept. 16.