ALBUQUERQUE, N.M. — More than four years ago, a normal morning for a local mother and daughter turned deadly.

14-year-old Shaylee Boling and her mother, Shaunna, were on the way to school when someone driving a stolen van, trying to flee from police, crashed into them.

It’s been a long fight for justice in this murder case – the twists and turns went all the way to the New Mexico Supreme Court.

But, for the family who lost a mom and a daughter, the most important thing is accountability.

Opening statements began in the murder trial Thursday. In court, key witness Paul Garcia took the stand – he was a friend of Elexus Groves and was in the van Groves was driving when the deadly crash happened. 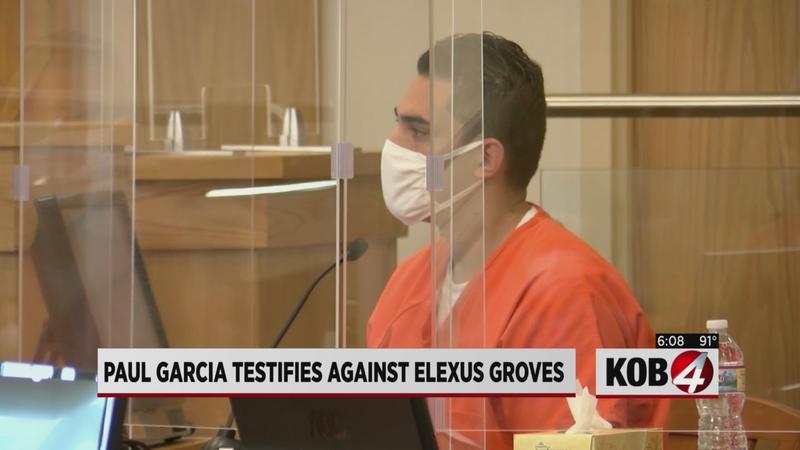 Garcia said he had just met Groves a few months earlier, and that they were "friends with benefits." He said he was getting high with Groves on the day of the deadly crash in January 2017. He claimed it was the first time Groves used meth.

Garcia said he followed her over a brick wall into a gated Albuquerque neighborhood, where Groves jumped into a work van with the keys still in the ignition.

"We were driving on Tramway and ended up passing cops, and there was cops waiting on the side of the road and cops got behind us," Garcia testified.

It wasn’t long until the van, with Garcia and Groves inside, blew through an intersection and crashed into a red car, killing Shaunna and Shaylee.

"By the time I turned around, the car was dead center already in the middle of us, and all I had time to do was hold on to to the bar on the right side of the door and just hold my breath," Garcia said. "It was at that point that we hit the car."

Garcia said it happened so fast he couldn’t tell if Groves has hit the brakes at all or what happened.

The case will come down to proving, beyond a reasonable doubt, that Groves intended to flee officers – and was meaning to do something that could be dangerous.

The defense plans to examine evidence they say will prove Groves hit the brakes and the crash was an accident, not murder.