ALBUQUERQUE, N.M. — It was a star-studded day at the Mountain West media summit in Las Vegas.

The preseason conference list featured players that had breakout seasons in 2020.

Preseason offensive player of the year is Nevada quarterback Carson Strong, one of the top NFL draft prospects in the Mountain West and he’s not letting the preseason hype go to his head.

"It makes no difference in how I feel about anything, the only thing I care about is winning football games," Strong said. "So I’m just focused on going out there for the first game and playing my best."

Preseason defense player of the year is San Jose State’s Cade Hall, one of the few All-Americans the Mountain West had in 2020. 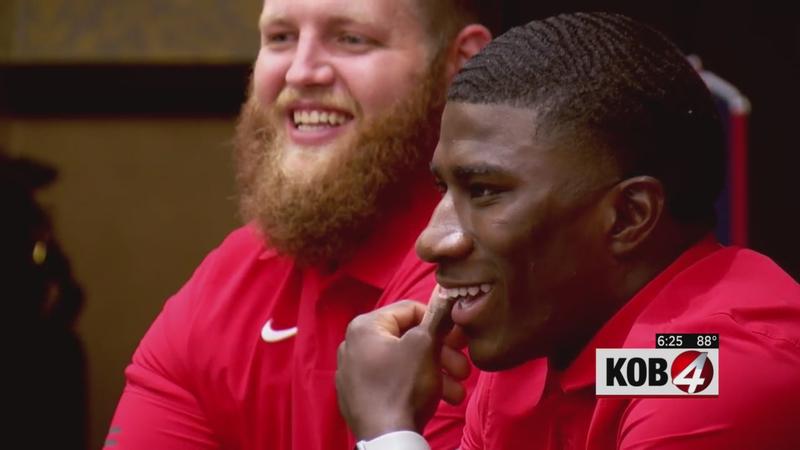 "It’s a really cool recognition but at the same time it’s just a prediction, and there’s a lot of very, very good defense players in the conference," Hall said.

Joining Hall on first team defense is UNM safety Jerrick Reed. He had a breakout 2020 season, becoming one of the best defense playmakers in the conference.

"Blessed to be in this opportunity, it feels good to have your hard work pay off, you know what I’m saying," Reed said. "But at the end of the day it doesn’t really mean anything because the team, we only have one goal – and that’s to win games."

Reed led the Mountain West in interceptions last year and was one of the best in the country in that category.

He is the first Lobo to be voted preseason first team since Aaron Jenkins in 2018.