ALBUQUERQUE, N.M.- A Navajo woman who lives in Farmington has been nominated for the Congressional Medal of Honor.

Allie Young launched Protect the Sacred, a nonprofit organization. It aims to help the Navajo Nation fight against coronavirus.

Once a hotspot for the virus, Young said it’s encouraging to see how far the nation has come.

"I’m so proud of our people and the resilience that we’ve shown throughout this pandemic to be where we’re at now where we’ve contained the virus," she said.

Young was nominated for the Congressional Medal of Honor by Arizona Sen. Kyrsten Sinema for her Ride to the Polls campaign. 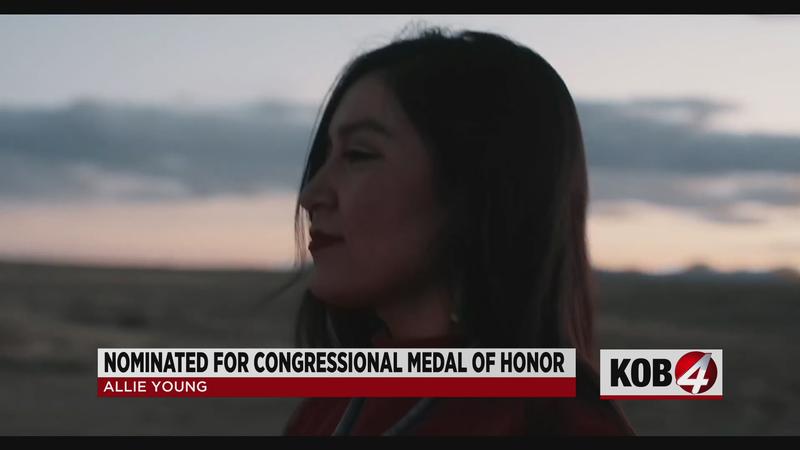 She rode horseback to the voting locations on the Navajo Nation, encouraging the Navajo people to vote. The nation is credited with helping flip Arizona "blue" in the 2020 presidential election.

"I decided to this for my nation because I knew our power," Young said. "That we have power in numbers. Historically, I feel that our people haven’t shown up to the polls the way that we can."