ALBUQUERQUE, N.M. – As omicron continues to rage on in New Mexico, the Public Education Secretary says the state is in desperate need of substitute teachers.

Dr. Kurt Steinhaus told KOB 4 on Wednesday that as of right now PED estimated they need about 900 substitute teachers statewide, including 400 in Albuquerque.

“When you look at very high level rough numbers, we have double the need from last year,” said Steinhaus.

The shortage has also led to schools having to switch to remote learning. As of Wednesday, 17 out of New Mexico’s 89 school districts have made the switch to at home learning. When KOB 4 asked Steinhaus if there are any plans to have all schools switch to online, he says, “there are no plans in place right now to make it a statewide initiative.”

“That’s my number one message and we are doing everything we possibly can to make school safe," Steinhaus says. “If you look at the data it still says it’s safer to be in a school than it is to be out in the community."

To help with the shortage, Gov. Michelle Lujan Grisham announced her plan calling on state workers and the National Guard to become certified substitutes and child care workers. She’s hoping for 500 volunteers to step up out of the 16,000 state workers and 4,000 guard members. 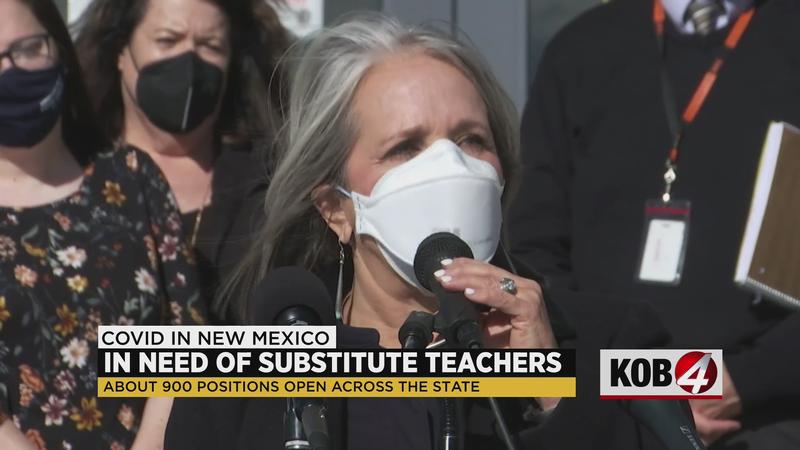