The child was in a vehicle that was T-boned at the intersection of Zuni and California. The driver of the other vehicle left the scene, and has not been located.

Moments later, there was a second crash near Arizona and Bell. Police said a man inside the truck was shot.

Signs of his injuries could be seen Tuesday.

Children were picking up their to-go lunches Tuesday at Jack and Jill Park, and the man’s blood was still visible on the sidewalk. 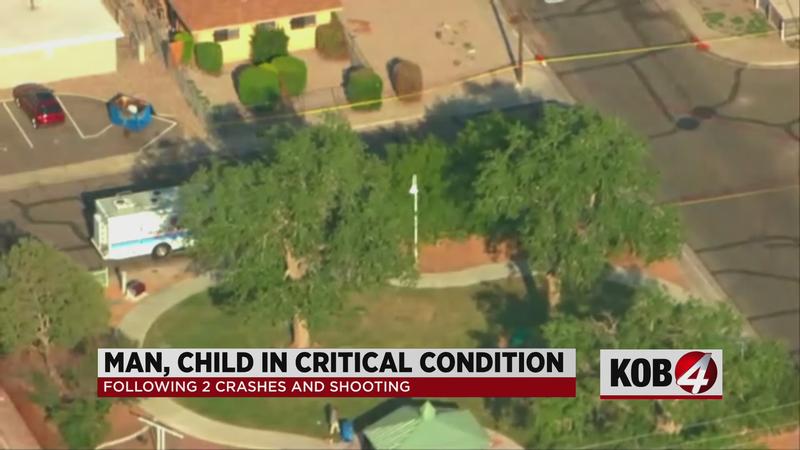 A neighbor, who did not want to be identified, said she heard what sounded like gun shots before the truck crashed.

"The pickup truck went swirling and swirling, like three times," she said.

The woman said she ran outside to help the man, who lying on the sidewalk.

"As I got closer, I realized he got shot in the temple," the woman said. "He was still moaning. And we tried to give him aid as much as we could without disturbing the crime scene."

Police say the crash with the gunshot victim is related to the crash involving the child. However, they didn’t elaborate on the connection.