ALBUQUERQUE, N.M. – The New Mexico United soccer team has already committed more than $32.5 million to a new stadium here in Albuquerque. Another $50 million goes to a public vote Nov. 2.

If it gets approved, community organizations in Barelas want to make sure there are protections in place for their neighborhood. City leaders say the two primary locations they are looking at are on the west side of the railroad tracks at Iron and 2nd, and the east side of the tracks at Broadway and Coal.

Albuquerque residents have raised several concerns about the city’s proposed $50 million bond, saying the money would be better spent on things like housing, healthcare, food and education. A protest is scheduled in Barelas the day before the public votes on that funding.

City leaders say this project is an investment in the community that will help Albuquerque grow.

"For them, it is about more than just building a soccer facility, but also about investing in the community, and creating jobs, creating economic vitality, putting in new infrastructure, and really getting an opportunity to have some of the newer amenities that some of our new developments have,” said Lawrence Rael, the chief operations officer for the City of Albuquerque.

Community leaders in Barelas recently released a statement outlining the neighborhood’s agreement with the city. You can read the full statement here. Leaders said their priority is to protect residents and give them a voice in this process.

The city agreed it will not sign a lease in any neighborhood until a Community Benefits Agreement is also signed. 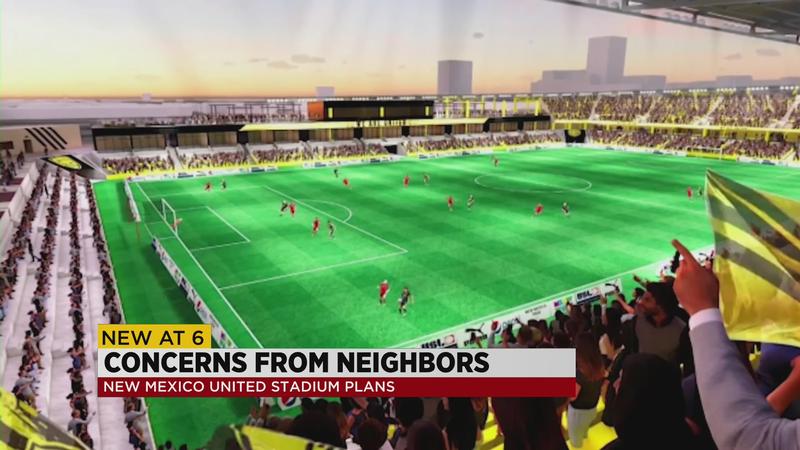 "The community benefits agreement is a legally binding document that we are putting together with the help of community, to both protect ourselves from having things put in community that we don’t want, and then also to imagine, what would we like to have,” said Lisa Padilla, the president of the Barelas Neighborhood Association.

Both community and city leaders are concerned with misinformation floating around about the stadium project. Officials say they have plenty of resources available on the Barelas Neighborhood Association Facebook page.