ALBUQUERQUE, N.M. – A video of an off-road vehicle ripping through a southwest Albuquerque park is upsetting a lot of people.

"I was pretty angry,” said Richard Heath, who lives near Anderson Heights Park.

Heath’s daughter-in-law took the video Sunday and posted it to Facebook and the Neighbors app. It was not long before several others jumped in to voice their anger as well.

"They had just built this park a couple years ago, and we’re excited to have it, you know, kids out here playing and being able to spend time outdoors,” Heath said. “I was pretty upset that they would come out and tear it up."

In the video, someone appears to be filming the off-road vehicle as it spins through the park – pieces of torn-up grass flying from its tires.

"If they pulled up a sprinkler head or something, and it threw at that kid, it could have done some really bad damage, maybe even death,” Heath said. “You never who it’s going to hurt."

"We get a lot of ATVs that come down here, racing through the streets,” he said. “We have cars that come out on the side road up here that like to race back and forth, doing donuts. You might see some tire marks up there. We called police about it, but again they usually show up hours later."

Unsafe driving is not the only safety threat in the neighborhood.

"People aren’t respecting other people’s property,” Heath said. “We have vandals who come through all the time or thieves that come through, checking people’s cars, and to see this, this is a new low."

"I’m learning, why bother with police if they’re not going to do anything with it,” he said. “I never get a call back."

In December, APD announced a new tactical plan to crack down on illegal ATV driving on city streets. This was in response to the death of 7-year-old Pronoy Bhattacharya, who was killed by an ATV while crossing the street. 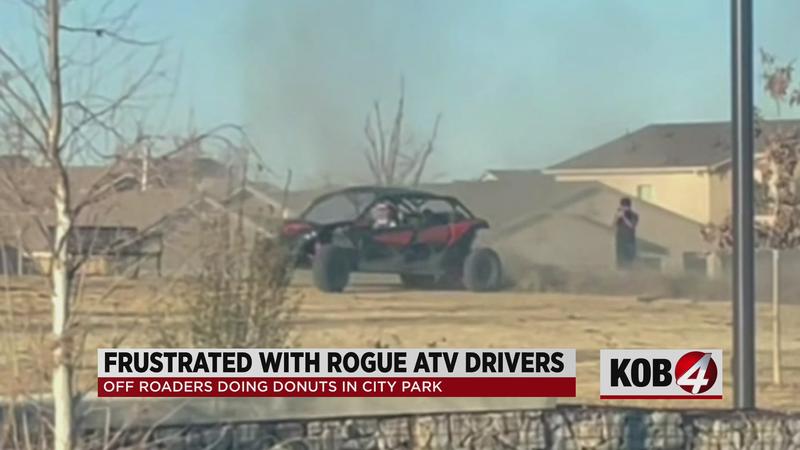 After his death, APD officers everywhere were given a "zero-tolerance policy" and instructed to cite and tow any off-highway vehicle driving illegally on city streets. Police said they would use "air support" to track down rogue ATVs as well.