ALBUQUERQUE, N.M. — Neighbors told KOB 4 about half a dozen Albuquerque police officers moved homeless camps away from their neighborhood. But they said for two months they had to deal with issues daily, and now they worry they’ll be back.

"There hasn’t been a night for the past two and a half weeks where we’ve been able to sleep through the night without some sort of disturbance. It’s a significant amount of fear," said Melissa Chappell, Albuquerque resident.

That’s the reality for homeowners in a northwest Albuquerque neighborhood. They said a large homeless group moved right next to their homes at Coors and Ouray.

"We’ve had people jump the fence, and I don’t want to be here in the middle of the night with people jumping the fence,” said Margie Torres-Nunez, Albuquerque resident.

But it’s been a constant issue for the past two months.

"So we caught someone on the security camera looking through cars and trash. An increase of trash in the area. When I’ve gone out running on the trails there are syringes," Chappell said.

Both women have wanted to confront those causing the commotion but worry about what could happen.

"I’m scared to yell out my window so then I can get sleep because I don’t know if there will be any retaliation because obviously they know exactly where I live," said Chappell.

Chappell said she believes the homeless were moved to her part of town — away from the popular tourist areas where they tend to be because of Balloon Fiesta.

"They are like ‘we’ll throw them over there until the Balloon Fiesta is over,’ It seems like that is exactly what happened," she said.

While the neighbors understand the struggle these folks go through – they are asking for a better solution than just moving them somewhere else.

"They are actually human beings with hearts and families. But in that, I am also somebody’s family with a family and we have to all figure this out together," Chappell said.

KOB 4 did reach out to the mayor’s office on these complaints – and his office sent this statement:

"No one was displaced or relocated due to clean up efforts leading up to the Balloon Fiesta. These challenges with homelessness are the reason we are working to bring the Gateway Center online and actively connecting more folks to the appropriate housing and sheltering services to provide them a way off the streets." 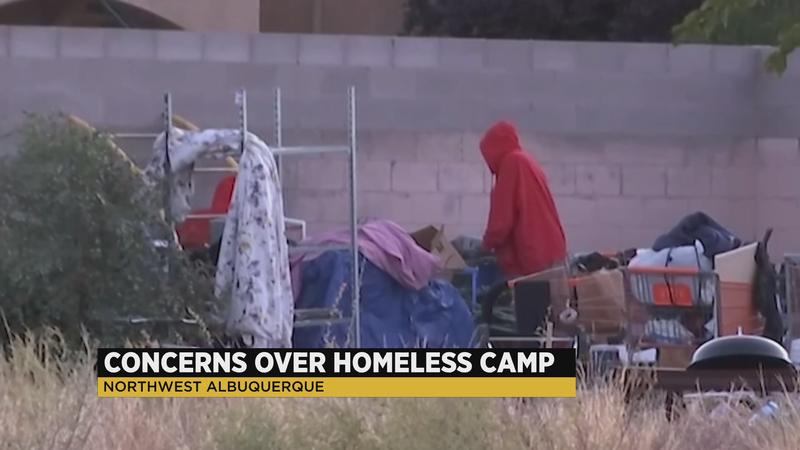