Neighbors worried about safety after truck plows into brick wall

RIO RANCHO, N.M. — Neighbors living next to a stretch of dirt road on 11th Street and Golf Course in Rio Rancho are fed up with speeders.

“I’ve been there two years. A little over two years, and it seems like it’s getting worse,” Patricia Vigil said. “The sound and the speed and everything is just horrible here."

One of her fears came true Wednesday evening when a truck smashed into her neighbor’s brick wall. Parts of the vehicle were left behind in the rubble, including a child’s toy. Vigil said the children’s mother called them in for dinner minutes before the crash.

Vigil and her neighbors suspect the driver was speeding and lost control. Pictures shows the damage on the truck: a broken window, dents, and a brick on the hood.

Vigil said she and her neighbors called the city multiple times about the problem. 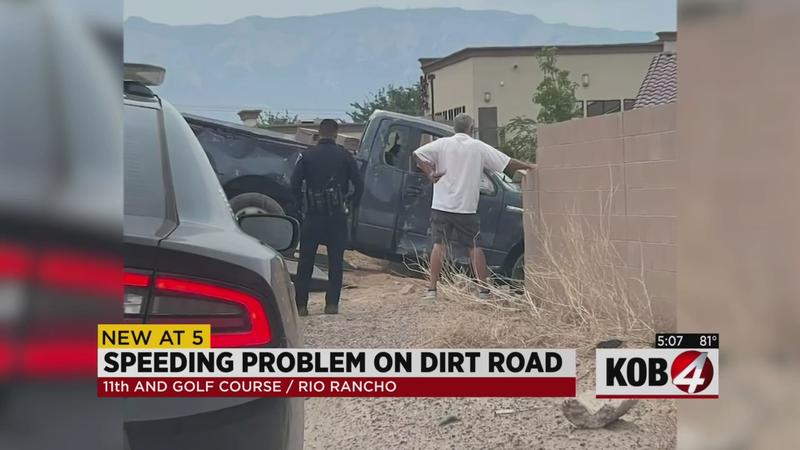 The neighbors said they couldn’t get a straight answer when it came to who had jurisdiction on the road. Does the responsibility fall under the city or the county?

A spokesperson with Mayor Gregg Hull’s office said it’s the city’s road, and they are working to figure out a solution.

But Vigil has another issue.

“My wall has been up since the beginning of May. I got approved in April. The later part in April. It’s been up May, June, July – almost three months – and now they’re telling me I need to take it down because it’s a perimeter wall,” she said.

Vigil received a letter from the HOA stating there will be a penalty charge if she doesn’t fix the wall soon, but she said it’s a way to keep her home and family safe.

“At this point we don’t think it’s safe. They need to do something cause somebody’s going to get hurt,” she said.

KOB 4 reached out the HOA, but have not heard back.

The City of Rio Rancho provided the following statement:

“Unfortunately, speeding is an issue in every community. The City of Rio Rancho makes every effort to deter and enforce speeding. We conduct speed studies, ensure extra patrols in areas, and place speed vans on roadways. While it is difficult to determine, without a speed radar device, the exact speed of a vehicle, we do encourage citizens who perceive speeding to be occurring or an issue to contact the Police Department’s non-emergency number at 891-7226 or visit ww.rrnm.gov/report to report a non-emergency issue.”