ALBUQUERQUE, N.M.- Netflix appears to be making good on its promise to add hundreds of acres to ABQ Studios.

"We’re thrilled Netflix has decided to double down on its partnership with Albuquerque, committed to add 170 acres to its existing footprint, and increased capacity, for both local and film production services," said Synthia Jaramillo,

"I think Netflix and the city are looking forward to probably a late summer permit application," said Brennon Williams, director of Planning for the City of Albuquerque. 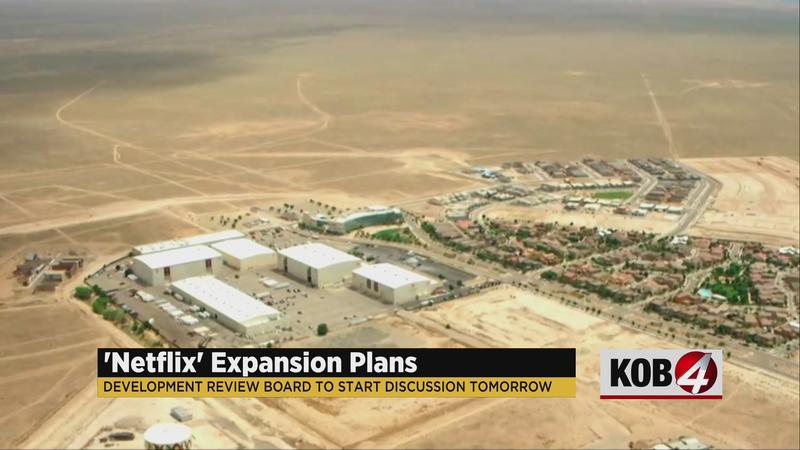 Netflix will have to go through the city’s Planning Department before anything is approved.

"Mesa del Sol is full of large pieces, you know, multiple-acre pieces of property, and so Netflix’s proposal is to take those large pieces and slice them and dice them in different ways," Brennon said.

The city wants to make sure infrastructure is taken into account in the plans.

"The city’s role in that is to make sure that all of the associated amenities — roadways and things of that nature are factored into the equation," Brennon said.

The development review board is expected to start that discussion Wednesday.

"As Albuquerque enters a period of recovery, we will build upon, you know, these successes, you know, the success of Netflix to permanently secure, you know, Albuquerque as places the country’s third coast hub for film, right up there with L.A. and New York, while still championing the mix of culture and diversity of people that really make Albuquerque a place like no other," Jaramillo said.