"They will have production support space in there that will include areas for them to be able to assemble sets, offices, makeup, wardrobe rooms," said Public Information Officer Rick De Reyes with the city planning department. "There’s some loose ends to be taken care of before the year is out. We’re talking about things such as parking, design, signage, that kind of thing, but the basic design of the sound stages is not expected to change."

Apart from those loose ends, the city says no major challenges have derailed the project. It is still on track to break ground next year.

Officials say the Netflix expansion will not only make Albuquerque a major production center in the U.S., but in the world.

"So Albuquerque will further enhance the credibility of Albuquerque as a place to come, where not only can you make the films that you would anywhere else in the country, especially Hollywood, but you can do so with much more ease, and with a state government that is friendly toward them with the tax breaks and things like that,” De Reyes said.

The city is still working with developers on infrastructure plans. It has not set a date to start construction, but officials tell us the goal is to finish construction in 2023. 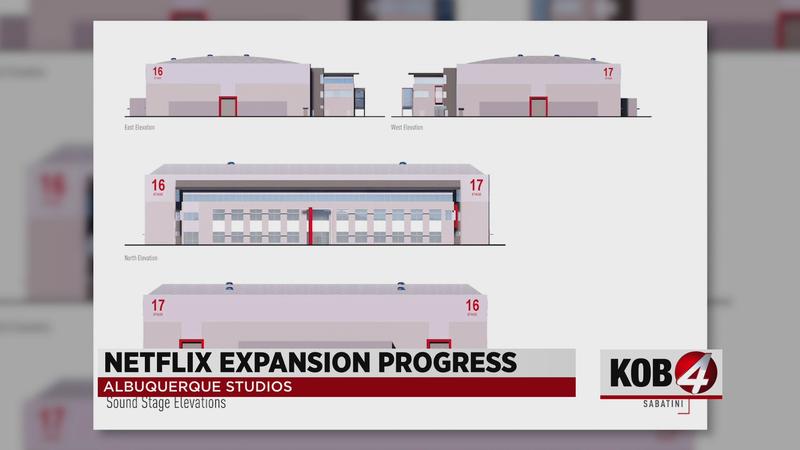