Documents from the city’s development board also show the studio wants to build a daycare, but it’s not clear where that would go. City and state leaders said this expansion will really put "Tamalewood" on the map.

“People will literally be thinking of Albuquerque as the home of Netflix Studios,” Albuquerque Mayor Tim Keller said.

“As Albuquerque enters a period of recovery, we will build upon, you know, these successes, you know, the success of Netflix to permanently secure Albuquerque as the country’s third coast hub for film, right up there with LA and New York, while still championing the mix of culture and diversity of people that really make Albuquerque, a place like no other,” said Synthia Jaramillo, former CABQ director of economic development.

The city is still finalizing all the infrastructure plans, and a construction date has not been set, but one document said the goal is to have everything done in 2023. 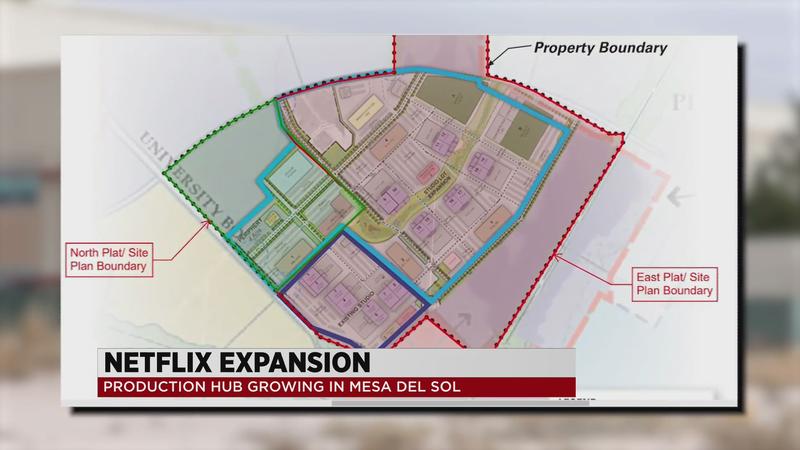