ALBUQUERQUE, N.M. – New data is pulling back the curtain on Albuquerque’s problem with homelessness – especially when it comes to teens and young adults.

"We really haven’t had a good sense – we as a community – on how many homeless youth there really are,” said Carol Pierce, CABQ Family & Community Services Department director.

A new report from PIRE estimates there is roughly 1,200 to 2,300 young people experiencing homelessness in Bernalillo County right now – that estimate includes anyone 15 to 25 years old.

"We’ve always known, kind of, homeless youth are kind of hidden in our community and we may not know, and this is really helping us understand who they are, and what kind of services, and what kind of help can be needed,” Pierce said.

Researchers discovered several common threads among respondents: young Native Americans, women, and people who identify as non-binary were more likely to have unstable housing compared to other demographics.

On top of that, young people who were in the foster system, spent a night in jail, or had children were also likely to face housing issues.

"Part of what we do know, and this study is highlighting, is adverse child experiences, ACEs,” Pierce said. "That’s also just that important reminder on what we need to do upstream to really mitigate those ACEs."

Researchers said there are a number of reason why teens and young adults could be facing homelessness – including money problems, family issues, mental health struggles, and more. However, they were alarmed at how many did not know where to look for help.

"It was amazing how many kids we talked to that really didn’t, they said ‘I didn’t know where to look for resources, I didn’t know these things we’re here,’” said Cathleen Willging, PIRE researcher.

Albuquerque city leaders admit there are not enough resources for youth experiencing housing difficulties but say this study can help change that. 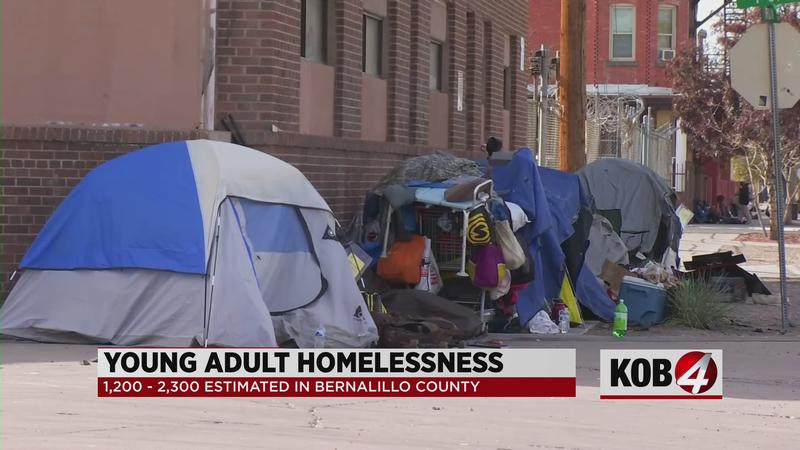