ALBUQUERQUE, N.M. — Kiria Milton called for help a week before her child was found dead, saying she was afraid she might hurt her two children.

New lapel video obtained by KOB 4 reveals new details about the investigation and what Milton had to say when deputies arrived at her home for the second time.

Milton is charged with intentional abuse of a child resulting in death.

One video shows officers rushing to the family’s home on Nov. 15, shortly after Milton called 911 saying her one-month-old baby was dead.

Milton is outside the home, sobbing. Then she told investigators she had nothing to do with the baby’s death.

Deputy: "Alright ma’am. We’re just going to figure what’s going on, OK, I’m not the one that’s inside the house right now, so we’re going to walk this way…" 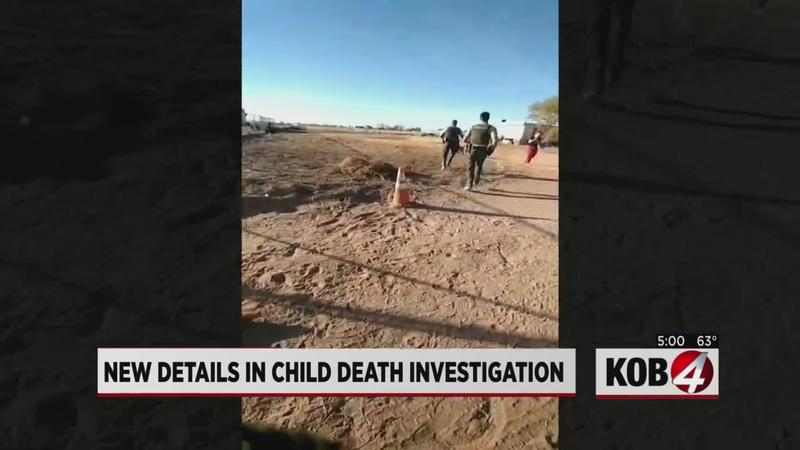 "I just woke up and he was like that," she said. "I had a long day yesterday. I talked with my mom on the phone for seven hours because he wouldn’t stop crying."

Then, deputies return from inside the home with grim details on the child’s death. Also in the home, according to the video and officials, was Milton’s 4-year-old son. Authorities said he was hiding in his room.

Milton begins to grow frustrated, especially when she learns she is going to the sheriff’s office.

While handcuffed, her anger grows. Deputies then take her fingerprints and photos. They then ask Milton if she has any injuries.

Milton: No, just that whenever I called the cops last time.

Deputy: When you called the cops the last time?

Milton: When they went and took me to the hospital.

Milton was alone with her two children when she called about her baby’s death. This was exactly one week after making the call to the sheriff’s office warning that she was worried she might hurt them. After that first call, she was taken to the hospital, and the children were released to her husband’s care.

Back at the scene, the children’s father met with investigators.

"I don’t want to put the blame on myself, but I shouldn’t have gone back to work," he told deputies. He was on a business trip.

He told deputies about his wife’s mental health, saying he really didn’t think she would hurt the baby.

Back at the sheriff’s office, after being held for hours, Milton is processed and told she will be charged with her baby’s death.

A deputy took her to jail, where she remains, charged with intentional abuse of a child resulting in death.

There are still major questions in this case surrounding how Valencia County deputies and CYFD responded to Milton’s initial call for help. Days after the baby’s death, CYFD’s secretary told KOB 4 she’s asked for an outside review of the department.