ALBUQUERQUE, N.M. – The Biden administration is working to get more electric vehicles on the road. New Mexico already has its foot on the pedal.

"A future of the auto industry that is electric. Battery electric, plug in, hybrid electric, fuel cell electric. It’s electric and there’s no turning back,” said Biden.

According to Pew research, the country is only at 2% right now, and that’s even lower in New Mexico.

"I don’t know if that’s realistic for New Mexico, but what a great target to try and shoot for,” said Sandra Ely, director of Environmental Protection Division

Ely said the state is already working to adopt new policies to get more electric vehicles on the lot.

"So the phase in for those electric vehicles is a certain percentage of vehicles on the lot, the dealer’s lot, has to be electric and that ramps up over time. We’re looking at maybe 24% by 2026,” she said.

It’s called the Clean Car Standards. California first created them back in 2002 and since then, 14 other states and the District of Columbia have signed them into law.

"So manufacturers are sending all of their electric vehicles to those states, so we’re not able to get the cool, electric vehicles that everybody wants here,” said Tammy Fiebelkorn with the Southwest Energy Efficiency Project. "The first step is just to have something available so that people have a choice when they do buy a car."

That’s something the City of Albuquerque is already getting a head start on.

"One thing that’s really important is being on the cusp of this emerging market,” said Kelsey Rader, chief sustainability officer for the City of Albuquerque.

The city launched the electrified dealer program back in July, it incentivizes dealerships to boost their electric vehicle inventory in exchange for some free marketing. So far only one dealer is on board.

"We hope ultimately the dealers will begin to prioritize electric vehicle sales more to make sure those vehicles are really top front and center and very visible for customers,” said Rader. "We know that we’re only a few years out from EV’s being the primary vehicles that are going to be marketed by these major auto companies, so because of all of that, it’s really important the city of Albuquerque keeps pace with the EV market.”

But these programs don’t stop at the dealerships.

"These clean car standards will help people who want to go out and buy a new one, but it also starts that market for used cars that make things available for folks like us,” said Fiebelkorn.

Research shows electric vehicles can do a lot of good for your wallet.

According to the U.S. Department of Energy, electric cars are 4-cents cheaper per mile than gas-powered vehicles, adding up to roughly $12,000 worth of savings.

"My fuel costs each month are about $6, and there’s no maintenance, right? So, I haven’t spent money on oil changes, and belts and things like that, and the entire expenses of my car the last few years have been windshield wipers and new tires,” said Fiebelkorn.

There’s a huge environmental benefit too, early data estimates the switch to electric vehicles in New Mexico could remove 2-million-tons of carbon from the atmosphere by 2030.

"We’re putting these rules in place not just to reduce greenhouse gas emissions in New Mexico, but also to improve air quality throughout the state. We have certain counties in New Mexico that have rising ozone levels that will be soon unsafe for the public, and we want to try and get ahead of that,” said Ely. 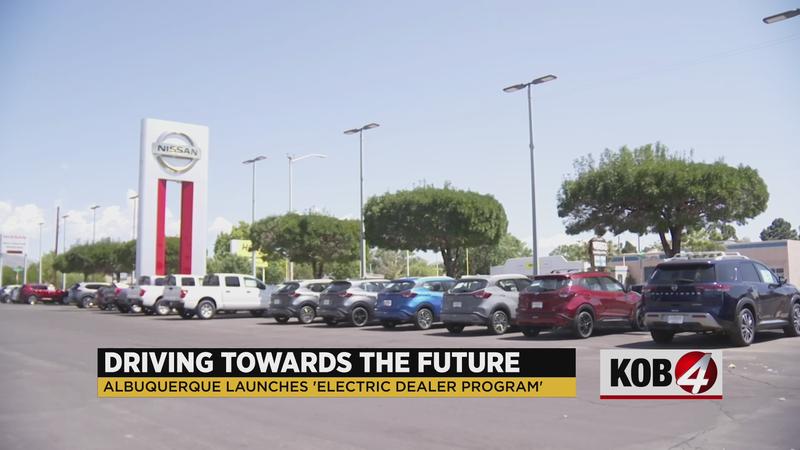